The crowds can wrap around the building, just waiting to get inside. Sometimes, that wait can take an hour or more, but for the most part, nobody minds. They’re thinking about what’s inside, and the wait just becomes part of the experience. People aren’t wanting to get inside some hot nightclub in downtown Atlanta. They’re waiting to enter Patak Meat Products, one of the leading meat markets in the entire Southeast and an Atlanta area institution.

For the uninitiated, it may seem strange — you wait how long to get to the front of the line? But once people try the company’s renowned deli meats, smoked sausages and other traditional European specialties, they understand. Patak quality and Patak prices are worth a little wait.

“Our customers are amazing, as you can tell by the lines that are out here on Saturdays, for Christmas and the holidays,” says Alan Patak, the president and CEO of the Austell, Ga. processor. 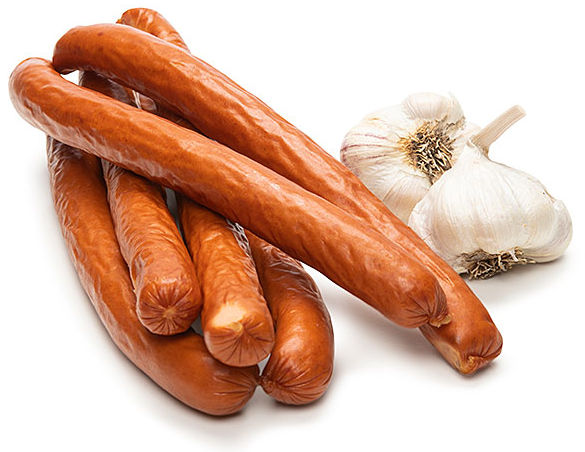 As a testimony to his retail customers’ loyalty, he pointed to a recently completed construction project that, as construction does, added a good amount of chaos to regular business activities. Patak points out that any construction at a retail operation typically results in reduced business, as customers don’t want to deal with a lack of parking, construction noise and general inconvenience. During Patak Meats’ construction, which added much-needed processing and retail space, the company didn’t experience any drop-off. Customers weathered the disruptions and kept right on shopping.

“We cannot thank them enough,” Patak says of his retail shoppers. “They’re willing to wait an hour to get their products, and that’s why we reward them with the quality we do and we try to keep the prices as low as we do.

“These last five years have been really amazing and very gratifying,” he adds.

Patak Meats is open every weekday, and during those days, customers can generally get in and out without a dramatically long wait. The lines crop up on the first Saturday of the month, which is the only Saturday that the store is open, or during the holiday rush.

Since he took over the reins of the business that his father started, Alan Patak has worked to add convenience to the process. The expansion has made it much easier for customers to get in and out faster, and a new online store is part of a series of improvements to add speed to the shopping process. Patak Meats prides itself on selling not just food, but an experience. All of the changes to its operations enable shoppers to get the same Patak experience, but at a speed that suits their busy schedules.

Along with its busy retail store, Patak Meats supplies products to a number of distributors, restaurants and cruise lines. The company processes Swedish sausages for special events for the Swedish consulate. Patak notes that the company makes more than 80 different products on a consistent basis, so there is something for practically every nationality.

“If you’re from the United States and you want BBQ, we have a double-smoked country sausage that goes into multiple BBQ houses around the Atlanta area,” he notes. “If you’re from Germany, you can get a true fresh brat that’s probably the most traditional version of a bratwurst that you’re going to find without going over there yourself.”

The one thing the company will not do is extend the shelf life of its products by loading them up with preservatives. The amount of sodium the company uses in its products is undetectable by USDA standards.

“We tell [distributors] right up front, if you’re looking for our product to sit on a shelf for a month, that’s not happening,” Patak says.

One of Patak Meats’ most popular products is a regional American favorite — Andouille sausage. Patak says the company was the first of its size to sell more than one million pounds of Andouille sausage a year. Today, the company makes 5,000 to 10,000 pounds of it a day, for both its retail and wholesale accounts. The retail store also offers plenty of meat cuts and cured meats that are traditional, Old World specialties from Germany, Poland, France, Italy and more.

Many of the recipes were things that Alan’s father, Tony Patak, learned before he came to the United States. Born in Czechoslovakia, he left in 1968, just ahead of the Russian invasion. He fled to Austria and began working at a butcher shop. After several years of learning the trade, as well as many recipes, he moved to Canada in 1971 and began working for a deli in Montreal.

“He had taken what he had learned in Austria, and within five years he had increased his business by 80%,” Alan says about his father.

Tony Patak eventually bought the deli and ran it himself. Then, after he was married and started a family, he decided to move to the United States. He originally settled in Florida before coming to Georgia. He outgrew his first storefront and moved into the present location of Patak Meat Products in 1981. The building was a shuttered 3,700-square-foot slaughterhouse located on five acres of land.

Alan Patak took over the business from his parents in 2012. Tony still works at the business, measuring spices for all of the recipes.

For much of the company’s existence, the focus has been on producing product. The decision to truly modernize the retail store, as well as the manufacturing space and offices, has been a relatively recent development.

“At the time, if you needed to buy another smokehouse to compete or you needed office space, you choose the smokehouse so that you can continue to pump out product and get bigger,” Patak says.

Construction started in October 2017; the first step was to modernize the septic system. After that, work began on the offices and the production area, with the retail portion being the last step. The next expansion will create a 10,000-square-foot space for online order fulfillment; there are expansion plans every year through 2025. The facility is now 29,000 square feet in size and employs 51 people.

The expansion to the facility cost $3 million, which is a large expense for a privately held family business. Patak Meat Products has been satisfying customers for more than 35 years, but there was always the nagging question of whether or not all the construction would drive away the customers. 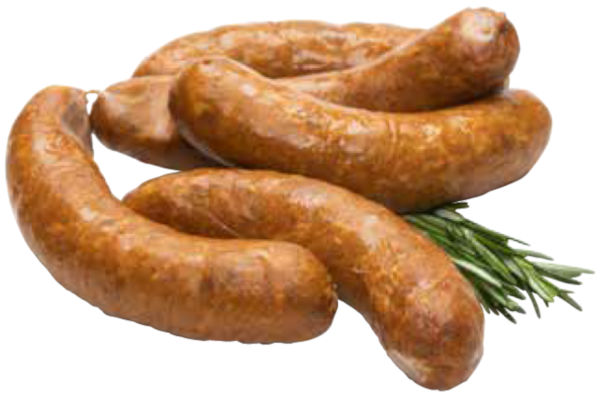 The changes to the retail store are significant, but the essential Patak Meats experience is unchanged. Shopping at Patak is a little different than one typically finds at a grocery store, or even most meat markets. At most retail locations, the walls are lined with coolers, the floor is organized by aisles, and shoppers fill their carts with everything they need before heading to the deli case for fresh meat cuts or deli meats. Patak does have some coolers for frozen specialties, and it has shelves and racks for imported chocolates, pastries and other goodies. The fresh meat case, which wraps around two walls, is the main attraction.

Customers wait in the line to get to the front of the meat case, where they are met by one of the women who work behind the counter. That worker will work with that specific customer and will answer questions, explain products, make recommendations, and cut and package whatever the customer orders — a half-dozen wieners, a pound of ground beef, two ribeyes or a Westfalian ring sausage.

Patak praises those front-of-store employees, who have to not only know details about all the products in the case but must also operate the slicers and scales, and make repairs to the cases in case the temperature changes.

“It’s about a month’s training process now, because this isn’t Publix, where 99% of everything, the customer is putting it in their own basket,” he says. “They work, and they work hard, especially on the Saturdays that we’re open.”

Though it may be an unconventional process, it’s worked tremendously well for Patak Meats. Some regular customers form friendships with a particular employee, and part of the ordering process involves sharing family news of photos of family members.

Just because Patak Meats’ system has worked so well over the years, it doesn’t mean that changes can’t be made. The company spent about a year and a half testing its recently launched online store, which can ship products across the country. It will be implementing mobile point-of-sale systems, as well as a pay-and-pick-up option, to help speed the process for its consumers.

The online store has been a major initiative, and the company has invested time and funds to making it a success. Everything from the online platform to the sealing tape were carefully evaluated. Even the ice packs were specifically developed to fit flush in the cooler lid, keeping the food at safe temperatures without taking up space in the cooler.

During the test phase, the company shipped products as far as the Aleutian Islands, but one of the regular users happened to live just minutes away from the store. She explained that her life was just so busy that it was worth the extra shipping costs to get the quality Patak Meats products without driving to the shop or waiting in a line.

“We found that customers are willing the pay a little more for the convenience, because that’s another hour or two out of your day that you can spend doing something else,” Patak explains.

Bringing convenience to customers without sacrificing any of the quality is an important part of the company’s philosophy. Patak notes that consumers are starting to move away from treating food as mere sustenance and are appreciating quality. More importantly, they are treating food as an experience.

With all of the Old World favorites that the company offers, it’s pretty commonplace for a customer to find a specific cut of meat or a type of sausage they haven’t had in years, and it brings back a flood of happy memories. Patak likens it to In Search Of Lost Time by the French writer Marcel Proust. Proust describes how the simple taste of a madeleine cookie made him recall a memory from his childhood. For Patak, eating one of the company’s wieners in a fresh baguette can bring him back to the time he visited his grandmother in the Czech Republic when he was seven years old.

“We’re hoping it’s the same thing here. That one piece of roasted pork or a sausage or a cut of beef, if it can trigger something back to a happier time, before we got wrapped up in mortgages and car payments and money and business and go go go,” he says. IP