The future of deli trays

Thermoformed trays may take a leap forward in 2021.

He puts forth thermoformed trays as one format that already fits the bill for proteins. Although pre-made trays still hold a lion’s share of the market, he sees thermoformed trays “growing and growing,” especially applications displaying meats in a shallow draw semi-rigid or rigid bottom web with a vacuum skin top web. It’s even springing up in the fresh poultry space with marinated breasts and parts.

“I’m seeing it more than I’ve seen it in the past. Not huge amounts, but nothing starts off huge,” he says. Even pork loins on shallow draw, in-line thermoformed board stock are happening, he reports.

For decades many packaging innovations have seen their general retail implementations in Europe, and then those concepts trickle over to the United States in time. In the U.K., retailers now pegboard skin-packed proteins with semi-rigid bottom webs and use base colors to differentiate value tiers. “They’ve got a steel gray which is their premium brand. Black is their EDLP (everyday low price) brand, and they do some clear which is their budget brand,” explains my colleague.  The idea has begun appearing here. “Some tinted blue, some clear, a little bit of black, and it’s largely seafood, but I see some other proteins now as well. That’s mostly all skin pack stuff.” 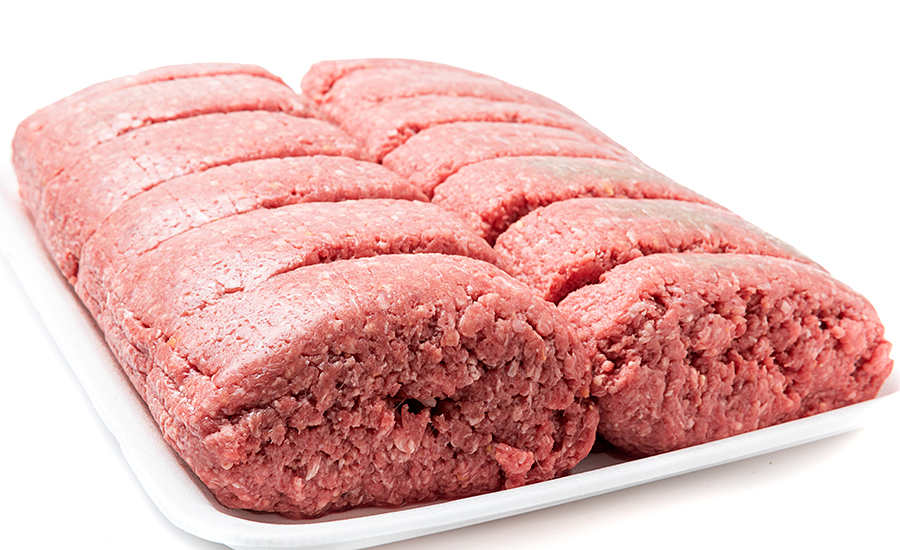 Skin packs may be an important part of the innovation and differentiation the marketplace apparently fancies. There are significant advantages inherent to the format that drive efficiency – better cube utilization, lower package weight, and just by pulling a vacuum equal or better shelf life without a gas flush mix. There is also notable processing flexibility with a thermoformed tray. Within the same tray architecture, if a different presentation is needed, within minutes, shims can be added beneath the die box to make a shallower tray, and the line moves on. But, the one thing these virtues don’t address is the entrenched assets of tray sealers in the market.

“It’s a slow grind,” admits the expert. “But, first and foremost, rollstock is a lower-cost option. If you look at what you pay for a pre-made tray run on a tray sealer it might be 13 or 14 cents. If you run a thermoformer, that tray is 4 cents. The rub is volume. If you can carve out enough volume, tray sealers make no sense. Turn on a thermoformer and let it run.”

Events of this topsy-turvy year have actually conspired to boost rollstock sales. “Foodservice has fallen off because people aren’t eating out as much due to the virus. That market segment tends not to be a big user of semi-rigid packaging, so retailers got a huge bump because shoppers are buying proteins to cook at home. It’s been a big change.”

What irony if a whacko year like we’ve just experienced turns out to be the big push rollstock needed to become the dominant retail protein package format.  NP

Weighing: In search of an automatic solution

Chip Bolton is a principal at J.H. Bolton Communications LLC, with more than 20 years experience in the food packaging industry. For more information, contact him at (864) 525-3494, or chpbolton@gmail.com.

Hunting for the ‘real’ value of packaging