Swine genetics, including gender, has been one of the greatest influences on pork belly, and, in turn, bacon quality. Therefore, the evolution of genetics in pork used in commercial production has had a great influence in recent years in producing larger swine.

Sequentially, the changes in meat carcass composition influence the ratios of lean to fat, which is important in pork bellies, says Chance Brooks, professor and associate chair in the Department of Animal and Food Science at Texas Tech University, in Lubbock.

The industry has achieved this greater lean growth through increased feed efficiency, which produces larger animals with heavier weights, says Terry Houser, associate professor and extension meat specialist in the Department of Animal Science at Iowa State University, in Ames. “Nothing is telling us that the pigs are going to level off in size or get smaller anytime soon,” he adds.

As pork producers increase feed efficiency, this has to be done in a cost-effective way. Currently, the prices of corn and soybeans are increasing, and producers start to reconsider diet formulations. Ethanol production also affects pork producers. The more distiller grains that producers put into pork diets, the softer the fat is. Pigs are monogastric animals, so when producers feed them a feed stock that is less saturated or more saturated, that fat is directly deposited in its fat or tissue, Houser explains.

“So, if there is a shift in the type of feed that we feed them, there is no doubt that we will see a difference in belly composition,” he says.

As the amount of unsaturated fats increases, pork belly actually becomes softer because more unsaturated fats have a lower melting point. In turn, softer bellies have to be refrigerated at lower temperatures for the fat to firm up, Houser explains. Soft bellies also become more problematic when a processor has a great deal of range in bellies. For example, if a processor wanted to inject all bellies to take up brine the same or press the bellies at the same temperature to get uniform bellies for slicing, belly composition variations present challenges, he adds. 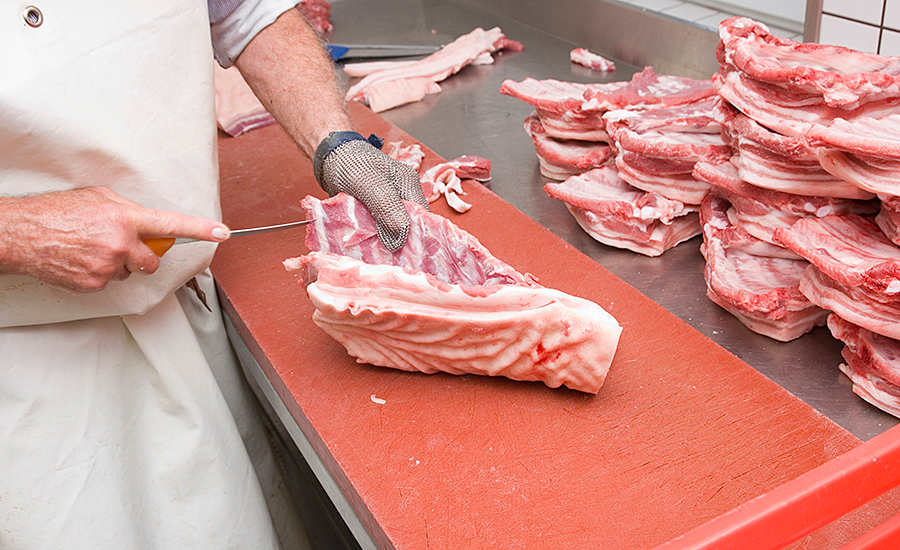 Separating pork ribs from the belly

While most equipment used to process any kind of meat product is somewhat standardized, bacon has always been highly variable because of changing belly sizes, thickness, length, width and weight and composition. Equipment manufacturers continue to work on advancements, including improving brine retention and developing new technologies for injection.

Brooks believes the greatest challenge for bacon producers in the next few years is going to be around diet health. For example, with traditional bacons being a cured product, consumer awareness of nitrites is growing. Bacon processors have new opportunities to formulate non-cured, naturally cured or organic bacon, Brooks says.

Additionally, Brooks says survey data has shown the ratio of lean to fat in a slice of bacon influences consumer purchases, and they typically prefer moderately sized bacon slices that are predominately lean with less fat.

“That’s obviously a composition concern because of the variation in bellies that come into a bacon plant,” Brooks says. “So, trying to find ways to deal with those consumer desires, or changing consumer desires for leaner product, creates a whole other opportunity for them, but also challenges for them because it creates product diversity within a commodity line.”

For example, center cut slices in the belly naturally have a higher ratio of lean meat to fat, and is growing in consumer popularity.

“When you have a portion of a belly that might become more valuable to consumers for whatever reason, that has a tendency to devalue the ends and pieces, and that creates challenges for the industry to figure out how to maintain value in those pieces and then add value to those end cuts,” Brooks says.

In the near future, Brooks thinks the most innovation in bacon processing is going to be with ingredient technologies along with more advancements in the ability to sort bellies, especially to sort outlying thin and soft bellies, to improve the quality of bellies for bacon manufacturing.

For more information about bacon processing, visit these suppliers: 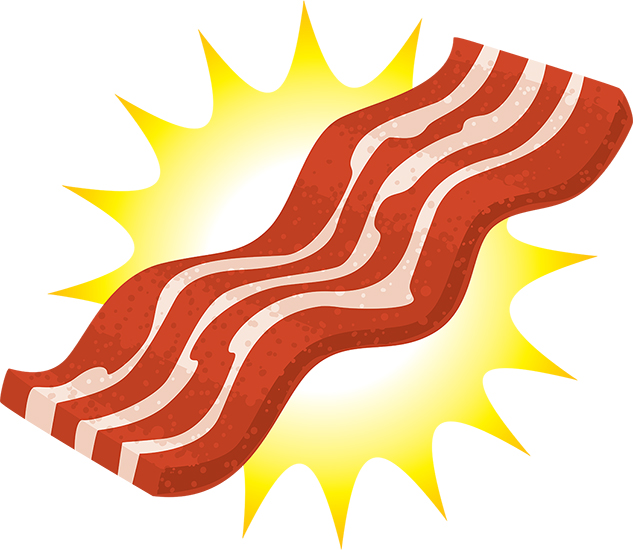 Phosphates' fight in meat and poultry focuses on function

Update on use of vision systems in protein processing