In praise of braunschweiger

It’s not the most common of sausages, but this traditional meat product has a devoted fanbase. 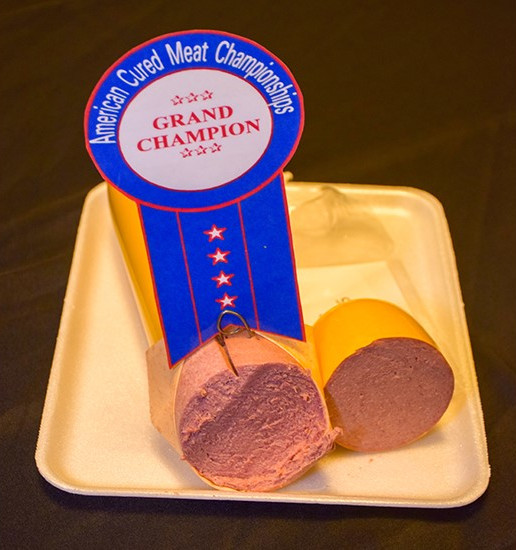 Most sausages are made in much the same way: grind, mix, stuff, cook. Braunschweiger, though, is a little different. A type of liver sausage, it requires different ingredients, different processes and different cooking methods than your standard brat or hot dog. It also lacks the mainstream appeal of more conventional cured meats. But those consumers who love braunschweiger really love it, and a quality braunschweiger is a testament to a processor’s skills as much as it is a good niche product.

“It’s something that requires some expertise in the manufacturing of it. It has more risk, but when you make it, it’s a wonderful product,” says Tom Katen, technical service specialist with Cargill. Katen was the judge of the braunschweiger category at the 2021 American Cured Meat Championships, and he pointed out the relatively uncommon manufacturing process of the product. “This is much more artisan and goes back to the true wurstmacher who knows how to make this product,” he adds.

To start, braunschweiger is made from a sizable amount of pork livers – preferably fresh, Katen explains. It also needs a good amount of fat – preferably jowl fat and not back fat. There are reasons to be that pecific.

Dewig Meats won the Grand Champion award in the braunschweiger category in this year’s ACMC and has taken first place in several other competitions. Aaron Kiesel of Dewig Meats says that he mixes pork livers with bacon ends, along with the pork fat and trim. He also emulsifies the ingredients instead of chopping them.

“We still cook ours in steam-fired kettles. I know a lot of guys will put them in the smokehouse and steam them, but we’ve always water-cooked it,” Kiesel adds. Water cooking is the more traditional cooking method for braunschweiger.

“Don’t be in a hurry” when it comes to the cooking, advises Katen. “Stair-step cook, and then you get it hot enough that the collagen will turn into gelatin, and that will give you a nice, firm product when you go to cut it.”

Texture of braunschweiger is tricky. The product itself should be creamy, but not so creamy that it spreads too easily. While it is a soft product, it should still cut with a knife. The spice blend includes nutmeg and pepper.

Kiesel says that Dewig’s spice blend for the braunschweiger is pretty traditional, but that’s what his customers like. “We’re not wild with things like cranberries and wild rice; that’s really not our kind of clientele. We know what we do, and we think we do it pretty well, so we don’t branch out with too many different flavor profiles.

“Haubstadt is in southern Indiana,“ he adds. “It’s pretty German; we like bologna, we like hot dogs, we eat a lot of specialty sausage like braunschweiger, liver sausage, head cheese, blood sausage. We still offer those kind of products.”

The finishing touch, Katen notes, is the package. A chub with perfectly clipped ends and a nice gold foil casing creates the expectation of a high-quality product and will attract more customers.

“We’ve very proud of these people trying to value-add the pork livers,” he says. “If you think about it, liver is a source of iron. With the keto diet, we want to have the fat, so this has all the nutrition that is good for us. We just have to do more work to get people to appreciate our livers.”