Surface redness declines with the aerobic repackaging of dark-cutting steaks

Dark-cutting (pH = 6.21-6.77) and USDA Low Choice loins (pH = 5.53-5.59) were obtained from a commercial processing facility (Creekstone Farms, Arkansas City, Kan.) and transported back to Oklahoma State University on ice. Dark-cutting loins were enhanced with rosemary (0.1%) and glucono delta lactone (0.5%). Steaks were sliced from the enhanced and nonenhanced dark-cutting sections. Nitrite-embedded packaging was used for the enhanced dark-cutting steaks, and USDA Low Choice and nonenhanced dark-cutting steaks were packaged in vacuum packaging. After a dark storage of 3, 6 or 9 days, the steaks were removed from their packaging and placed in PVC (15,500-16,275 cm3 O2/m2/24 h at 23°C, E-Z Wrap Crystal Clear Polyvinyl Chloride Wrapping Film; Koch Supplies; Kansas City, Mo.) for 6 days of retail display. The HunterLab spectrophotometer was used to measure retail color every 12 hours along with six trained panelists evaluating surface discoloration [1 = no discoloration (0%), 7 = extensive discoloration (81-100%)]. The nitric oxide myoglobin content during retail display was determined using the reflectance from the HunterLab spectrophotometer. Chroma was determined torepresent the red intensity of the surface of the steak (AMSA, 2012). 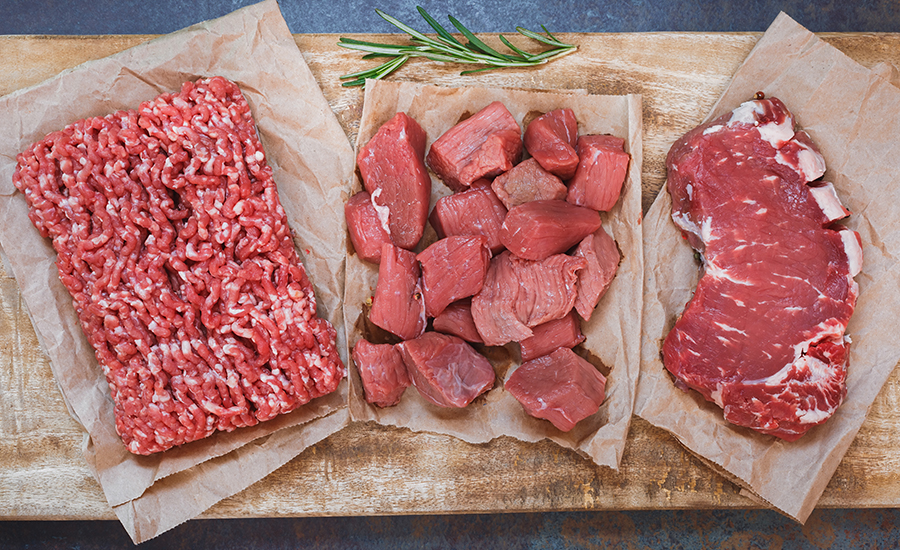 R. Ramanathan is from the Department of Animal and Food Sciences at Oklahoma State University, Stillwater. Contact Ramanathan at ranjith.ramanathan@okstate.edu or 405-744-9260.