If the supermarket meat cooler were a high school, bacon’s status as the cool kid would be uncontested.

Bacon’s continued sales performance suggests bacon is maintaining its popularity and value for shoppers, even in an inflationary retail food market. Despite product and merchandising innovations in the bacon category, the product’s underlying appeal remains the unchanged.

Bacon sales during the 52 weeks ending July 31, 2022, reached nearly $6.5 billion, representing 22.5% of all processed meat sales dollars, according to IRI retail sales data. This share is down a just hair from its 23% share a year ago but is still up slightly from its 21.8% pre-pandemic market share.

Mirroring the meat category overall, bacon has seen sales by weight drop as its dollar sales rise. Bacon dollar sales during the 52-week period increased 5.2%, but that was inflation driven, said Anne-Marie Roerink, president of 210 Analytics. Bacon sales volume ranked at just below 1 billion pounds (956 million) for the 52-week period, down 10.6% versus year ago and also down compared with the pre-pandemic normal by about 11 million pounds.

The price per unit now averages $6.57, up from $5.62 a year ago, an increase of 16.9%. Unit cost inflation is slightly less as some manufacturers have adjusted their packaging sizes to keep price points affordable for more consumers, she said.

“Makers are experimenting with hot flavors, even tying in to the ever-growing popularity of Hatch Chile season,” she said. “They are experimenting with various barbecue favorites, from different regional flavors to a nod to the ongoing smoker trend, such as the double-smoked bacon by Kayem. But also, there are some very unexpected flavor combinations, such as Everson Spice experimenting with a number of flavor-infused sugars to put on bacon, either by the meat department or even the consumers themselves. The industry is going full circle with recipe ideation that includes bacon and also meal kits that include bacon.”

Although bacon has enjoyed its status as a trendy protein for a while, innovative product development continues to influence bacon offerings. 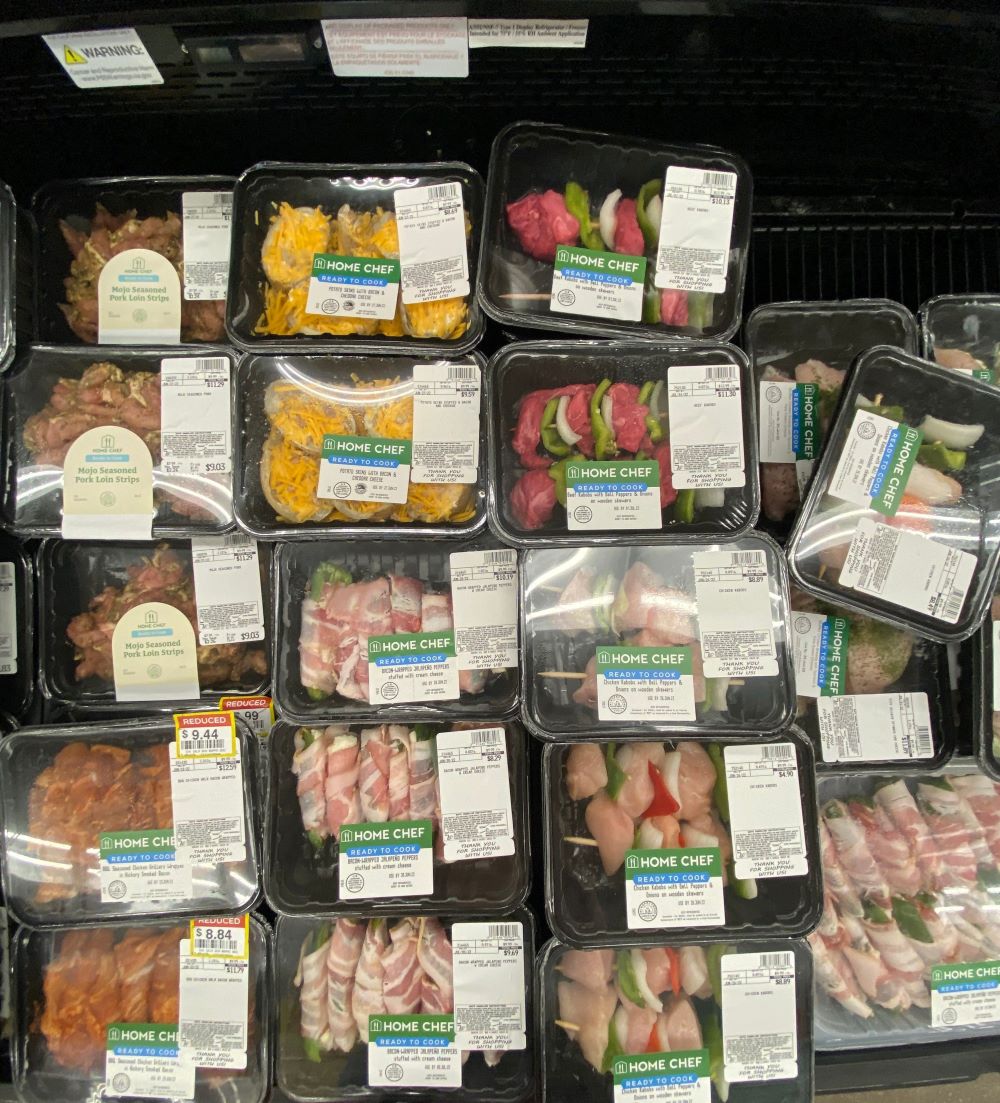 Retailers are incorporating bacon in their prepared meal solutions.

“Much like craft beers and artisan chocolate, bacon is taking advantage of America’s interest in fun new flavor combinations, and limited-time offers are a great way to drive a greater number of repeat purchases,” Roerink said.

During the recent annual American Association of Meat Processors Convention & Exposition in Des Moines, Iowa, the American Cured Meat Championships selected flavored bacon as this year’s featured product class. There were 623 products entered in 2022’s ACMC competition, and this year’s winner of the Clarence Knebel Best of Show Memorial Award was Crabtree, Pa.-based Bardine’s Country Smokehouse, which claimed the honors for its entry in the ACMC’s Heavyweight Bacon category.

But for many consumers, the only flavor bacon needs is … bacon.

“We currently have limited flavors in our bacon, but large processors continue to differentiate and innovate utilizing new flavors,” Hermreck said

“We have seen demand for uncured bacon grow, however we have stuck with our products’ recipes and  unique process and continue to grow smoked dry-cured bacon,” he said. “Uncured bacon will have a place with some consumers, but we do not believe it will expand exponentially.” 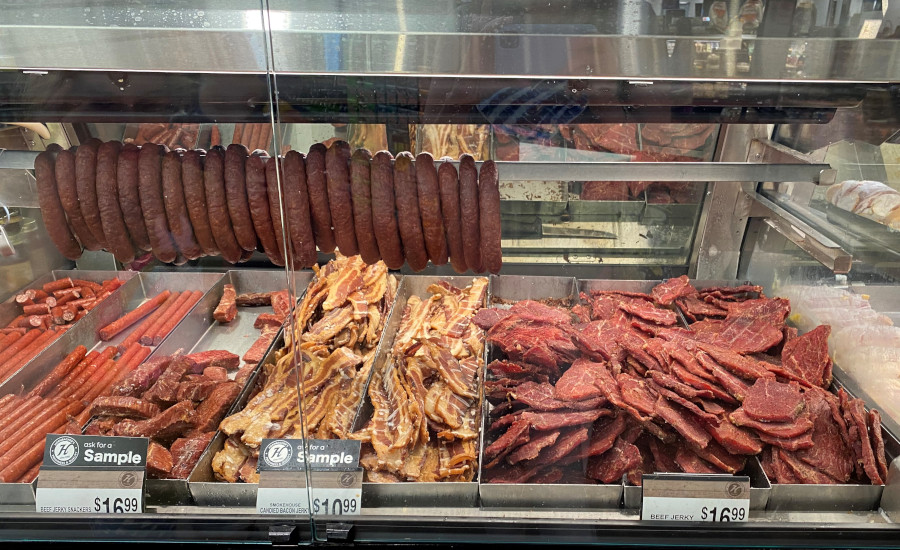 Promotions, including limited-time offers, have proved to be strong purchase motivators at retail, Roerink said, adding that bacon promotions have started to ramp back up, but supply issues remain a challenge.

“Over the past 52 weeks, 34.6% of bacon dollars were promoted,” Roerink said. “This is up from 30.9% last year, but still far below the pre-pandemic level that was over 43%. Across categories, executing typical weeklong promotions has been much more difficult due to the supply chain challenges.”

Some retailers are literally breaking away from the pack to find new ways to merchandise bacon.

“Having had the opportunity for some 30-plus store visits in markets throughout the U.S. and Europe, it was great to see the creativity in bacon merchandising,” she said. “For years, bacon was more of a prepackaged item, but with the emergence of craft bacon and limited-time offers, I’m seeing bacon make inroads in a number of other areas. Despite the increase in price, I think this makes all the sense in the world. Bacon is a perennial favorite with a fan base that cuts across most demographics. That means bacon-forward merchandising is going to hit home with many consumers.”

Some retailers are adding craft bacon offerings to their full-service meat case, which can mean different flavors, thicker cuts or even regional culinary favorites. Some retailers are taking promotional inspiration from the proposition that “everything is better with bacon.”

“I see more bacon-wrapped asparagus and that type of product popping up in the full-service meat case and deli-prepared items,” Roerink said. “Jerky and other meat snacks have been on fire for many years now, and we’re seeing bacon get in on the fun with producers such as Pederson Farms having a bacon snack stick.”