This website requires certain cookies to work and uses other cookies to help you have the best experience. By visiting this website, certain cookies have already been set, which you may delete and block. By closing this message or continuing to use our site, you agree to the use of cookies. Visit our updated privacy and cookie policy to learn more.
Home » Don’t simply alter GMPs; attack Listeria at the source
Food Safety
Part of the 2013 Food Safety Report 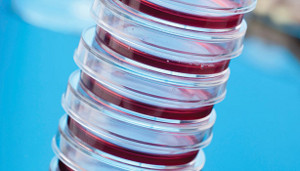 FSIS data shows that products testing positive for Listeria monocytogenes have trended steadily downward for the last 10 years. When you sit back and consider why this data looks so good and how the industry has become so adept at controlling Listeria, the answer if fairly simple: We have incorporated Listeria control into the design of our plants.

Listeria will never go away; it is a persistent organism that we will never be able to eradicate from our environment. But we are no longer in head-to-head combat with Listeria.

Our style of fighting has evolved from trench warfare and throwing hand grenades of quaternary ammonia at the enemy to stealth bombing systems of sanitary design and surveillance. We have become predators that study (and sometimes stalk) the behavior of our prey. We have slowly learned how to eliminate the conditions for its survival. In our plants, the dreaded “L” word is akin to a four-letter word.

What is important to remember is the key to our future success in the war with Listeria is to control it with sanitary design.

When Listeria rears its ugly head, we immediately jump into combat mode and want it destroyed. We all want to follow our regulatory required corrective action plans and re-qualify the positive site, do a basic investigation, close the books on the incident and assume the problem is gone.

Too many times I have seen plants blame the issue on employee GMPs, go about their business, and then have the “L” word creep back in.

The first instinct of a plant is to investigate and blame GMPs, understandably, as these are low-hanging fruit. Poor GMPs are easy for anyone to identify, and preventative actions are often minimal, with a small price tag.

The solution is assumed to be a bottle of hand sanitizer, a sign that reminds employees that they are in a restricted area, or an addition to the color-coding plan. But how are any of these additions eliminating Listeria from existing in an RTE room? In reality, all we are doing is making GMPs a complicated process that is too difficult or impractical for employees to follow.

For example, let’s say an employee’s gloved hands test positive for
Listeriaspecies. In reactive mode, the plant does a quick investigation of the area and collects investigational swabs in the employee’s immediate work area; the swabs all return negative results. The plant then observes the employee’s actions and determines that the employee touched a table, a rack, their shoe and other surfaces. Oh, and the person collecting the samples used less-than-perfect aseptic technique.

The preventative action is to add a bottle of hand sanitizer in key areas and require that gloves are changed more frequently. But what about finding the root cause? In the long term, wouldn’t it just be easier to eliminate the source of Listeria in the first place, rather than control the Listeria with hand sanitizer?

Don’t get me wrong: I am not making light of the importance of strong GMPs. But they simply aren’t the answer to the problem. They do play an important role in keeping our products safe, but their role in Listeria prevention is minimal.

In this particular example, we need to determine how Listeriagot in the room initially and where did it get picked up? If an employee was able to carry Listeriainto the room on their boots, they picked it up somewhere. Was a thorough investigation of the area conducted? Was equipment torn down? Were all the tools and surfaces the employee came in contact with analyzed?

In most cases, the problem is larger than GMPs. If you still insist that GMPs are causing the problem, you are just throwing a hand grenade at the enemy. Your whole plan is dependent on people not violating the GMP plan.

Instead, let’s remove human error from the battle plan. By removing the conditions that have the potential to harbor Listeria, we provide an infinite strategy for Listeria control. Targeting Listeria in its harborage locations is similar to launching a drone attack and blasting it with precision. That is much more effective than an arbitrary B52 bomber strike.

There is a tremendous amount of knowledge available on sanitary design of equipment and facilities. By evaluating each piece of equipment against sanitary-design standards and the intuition on how microorganisms survive, Listeriagrowth niches can be eliminated.

I recall an instance when a plant had a recurring problem where the “L” word would show up on a sporadic basis. It would disappear for months at a time and pop back up again. The plant was diligent about its investigation: Equipment was torn down multiple times, sanitation practices were evaluated, an inordinate amount of swabs were collected and, of course, GMPs were modified.

Despite our success record in controlling Listeria, RTE meat producers must continue to be vigilant in our efforts. If we become relaxed in our expectations of sanitary and equipment design, we will provide the opportunity for Listeria to become as prevalent as it was 10 years ago.

Recognizing that our success can be attributed to permanent sanitary design and is not dependent on human practices will help ensure that we maintain our success record in the future.

Christine Hurckes is food safety and sanitation manager for OSI Group. For more information, e-mail her at churckes@osigroup.com.