Put out to pasture 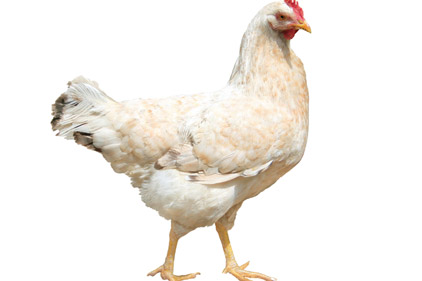 Almost every supermarket in the country has at least one freezer dedicated to frozen chicken, and a sizable portion of the fresh meat case devoted to chicken breasts, thighs, or whole birds. However, the amount of chicken with all the current buzzwords — organic, antibiotic-free, locally grown — is a small percentage of the chicken sold at large retailers, if it’s available at all. Those consumers who want chicken that’s a little outside of the conventional product may have to look elsewhere. Fortunately for them, small processors are stepping up to meet the need.

Located in Lagrange, Ind., Gunthorp Farms raises, processes and distributes pork, chicken, duck and turkey from its 200-acre farm. Owner Greg Gunthorp says that his animals are never given antibiotics, hormones, growth promotants or animal by-products. His chickens are also pasture-raised, which is a relative rarity in the poultry industry.

“We are one of the largest pastured poultry producers in the nation,” he says. “I don’t think most of our customers know that.”

Gunthorp notes that the biggest attribute consumers want in a non-conventional chicken product is to be antibiotic free. However, there is a growing number of consumers who are looking for animals that are raised on pasture.

“The pastured poultry industry is very much in its infancy in the United States,” he adds. “We are where the grassfed beef or organic industry was 15 or 20 years ago.“

Gunthorp has been active in spreading the message of small processors and pasture-raised poultry. He served on former USDA Secretary Dan Glickman’s Small Farm Commission and was a small farm advisor to President Clinton.  He is a board member of the American Pastured Poultry Producers Association and hosts visitors from around the world at his farm.

“A couple weeks ago we had a group of Polish farmers with Sands International to teach them pastured poultry to take back to Poland. Last week we had a group with the National Campaign for Sustainable Agriculture out to the farm,” he comments.

Gunthorp believes that the best growth opportunity for his company’s chicken products lies in retail, especially by partnering with some of his chef customers who already have a retail presence. He recently added a new load-out cooler and rollstock packaging machine to his 5,000-square-foot processing plant to better service the retail market.

One of the biggest challenges facing niche chicken processors is that they sell chicken, he notes.

“People will go out for dinner wanting a really nice steak or chop or duck breast,” he explains. “You never hear people say, ‘Man I want a really good chicken breast.’ We do a really nice chicken, raised, processed, and handled correctly, but it’s still much easier to really separate ourselves from the pack with pork, duck, turkey, or smoked product.”

However, he believes that the pastured poultry market won’t remain a small niche for long.

“I’m convinced the market for pastured poultry is going to explode in the near future as consumers become more educated,” Gunthorp explains. “There are going to be some people who put together the production, processing, and marketing/distribution that will take the industry to the next level.”

Out with the old, in with the new

Making the best out of breakfast

Big burger ideas: How burgers are standing out