Former Butterball COO Joe Nalley spoke with The National Provisioner editor-in-chief Andy Hanacek as he retires after 46 years about a variety of topics in the industry. Scroll down to watch all six parts of the video interview series.

Make sure to also read Nalley's reflections on the meat industry from 1970-2016 in our June 2017 issue Guest Commentary: Looking Back... with Joe Nalley. 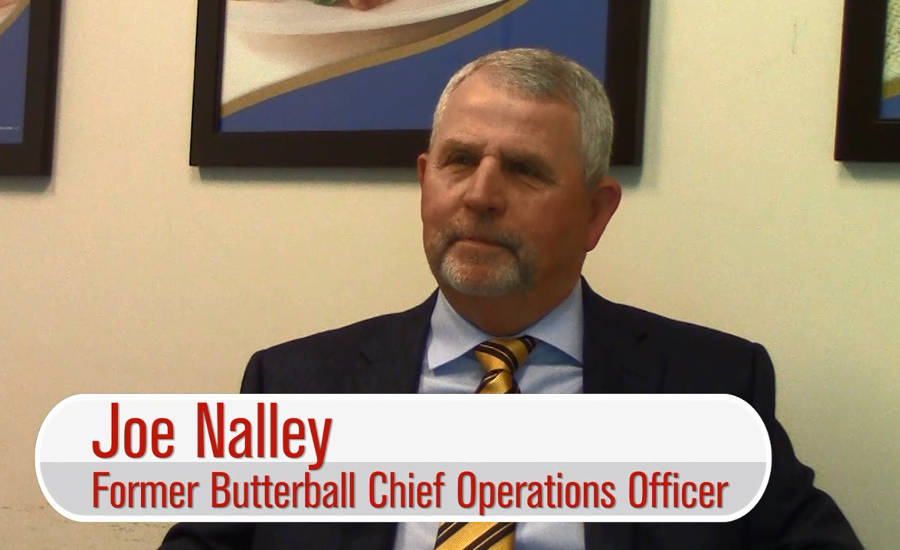 Part 1: How size of animals changed the industry

In the first part of the series, Nalley discusses how the size of the animal coming into market has increased, how equipment had to change to accommodate that, and how they handled consumer concerns about bigger animals.

Part 2: What drives efforts toward efficiency

In the second part of the series, Nalley discusses how companies have used vertical integration to become more efficient and what drives efforts toward efficiency.

Part 3: How the industry has improved overall quality

In the third part of the series, Nalley discusses how the industry has improved overall quality by engaging the entire company and how understanding what “quality” means is key to meeting consumer demands.

Part 4: How automation evolved in the industry

In the fourth part of the series, Nalley discusses the issue of labor shortages and how automation helps that problem.

In the fifth part of the series, Nalley discusses how listening to consumers and expanding product options increased demand.

In the sixth and final part of the series, Nalley discusses animal care and animal handling, including how new scientific research has improved animal care and how companies can combat the negative press for the industry as a whole when one company gets caught doing the wrong thing.