Honoring the past, inspiring the future

AMSA celebrates its golden anniversary, while continuing to further the education of its members at this year’s conference in Madison, Wis. 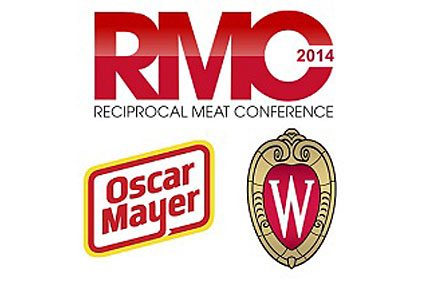 The first Reciprocal Meat Conference was held in 1948. For 17 years, the RMC was held in Chicago and then moved to various university campuses with the dream of establishing a formal, professional society. Championed by Ernest Briskey from the University of Wisconsin, the American Meat Science Association was voted into existence in 1964 during the 17th RMC at the University of Wisconsin. During that meeting, Dr. Robert Bray of the University of Wisconsin was elected the first president of AMSA and charter members included those in attendance at the 1964 RMC. This new association gave AMSA members the ability to speak with one voice while providing scientific-based information to members, consumers and others seeking further education on meat science.

The University of Wisconsin is intertwined in the history of meat science and AMSA, which makes it only fitting that AMSA honors its Golden Anniversary in the location where it all began. On June 15, meat scientists from across the country will take over America’s Dairyland in Madison, Wis., for the premier meat science meeting of the summer and to celebrate AMSA’s 50 years of success. From the first 46 attendees in 1948 to the more than 700 expected attendees for the 67th RMC, these individuals represent all facets of the meat industry, from academia, government and industry, as well as undergraduate and graduate students.

“Both a celebration of our remarkable past and a look ahead into our anticipated future, the AMSA 67th RMC is guaranteed to honor our past and inspire our future,” said Robert Delmore, AMSA president and professor at Colorado State University. The AMSA 67th RMC will provide unique experiences for each attendee, whether it is networking with peers, enjoying the traditional social events or listening to cutting-edge research from the industry experts.

Our hosts at University of Wisconsin and Kraft Foods/Oscar Mayer have created a setting that will facilitate continued technical discourse as well as ample time for networking, socializing and celebrating the success of all of our members. The RMC program planning committee has worked hard to establish a diverse program to address fundamental and applied questions in all of our varied disciplines.

The AMSA 67th RMC will kick off at the beautiful Monona Terrace with a special session featuring AMSA past presidents. These champions of meat science will recount key achievements that have shaped AMSA. Attendees will also share in a celebration of what is to come as the current AMSA leadership sets forth a vision for the future of the meat science discipline and our association.

Jayson Lusk, professor and the Willard Sparks Endowed Chair in the Agricultural Economics department at Oklahoma State University, will present the keynote address, “The Food Police: A Well-Fed Manifesto about the Politics of Your Plate.” In his presentation, Lusk will take a critical look at the politics behind food and agriculture. Lusk argues the “food movement” is built on ever-greater government involvement in the nation’s grocery stores and kitchens, and that consumers should be wary of who is redesigning their food system. Lusk will then moderate a panel to discuss their insights on current issues, what issues the food industry needs to start preparing for and what will need to be done to ensure future successes.

The morning sessions will be followed by concurrent sessions exploring innovative strategies to control pathogenic E. coli as well as an in-depth look into the development of the 2015 Dietary Guidelines for Americans and color stability in fresh meats. After a full day of programming, attendees will head over to Mallard’s Stadium for an evening of fellowship, celebration and competition with the annual softball tournament and student competitions.

On Tuesday morning, attendees will venture onto the University of Wisconsin campus to begin their day with concurrent sessions focusing on novel technologies in processed meats manufacturing, understanding of the role of muscle cells and their function, and sustaining animal and meat science extension programs. These sessions are designed to encourage interaction and healthy exchange of ideas among attendees.

Morning sessions will set the stage for the discussion that will take place in the afternoon reciprocation sessions focusing on industry issues and scientific innovations. Leading off the afternoon sessions will be presentations from Dr. Robyn Warner, on reducing high rigor temperature in carcasses; Dr. Catherine Woteki, on the future of science in agriculture; and Dr. John Ruby providing insights on understanding a food safety culture.  Tuesday evening will conclude with the AMSA RMC Awards banquet, bringing attendees together to recognize meat science professionals for their outstanding contributions in research, education, extension and industry outreach.

Jack Bobo, senior advisor for biotechnology in the Bureau of Economic and Business Affairs at the U.S. Department of State, will lead the Wednesday morning discussion with “Can Agriculture Save the Planet before It Destroys It?” This is expected to be a lively discussion on how, in a hot, flat, hyper-connected world, social media may determine whether agriculture will save the planet by 2050 or destroy it.

The RMC planning committee has created something a little different to wrap up the AMSA 67th RMC.  After listening to past attendees and the need for more hands-on specialized training, we are excited to announce six new extended sessions available to attendees. These include culinary aspects of product research and development, processed meats evaluation, media training for scientists, basic science and technical writing, research priorities for meat science funding, and a hot topic session.

Twenty-five years ago, our advisors anticipated that by 2014 we would be a “financially strong, vigorous, vigilant association that is serving the nation’s and the world’s livestock and meat industry in the finest manner.” By looking at the program for the 67th RMC and at our membership, I think it is safe to say we have made them proud!

“Not only has AMSA expanded in numbers, outreach and ideas during this time, AMSA has grown as an association dedicated to being the voice of science for our members and consumers,” said Delmore.

University of Wisconsin, Kraft Foods/Oscar Mayer, AMSA staff and the RMC planning committee are working hard to make the AMSA 67th RMC a memorable and rewarding experience for all attendees. Register today (www.meatscience.org/rmc) to join us in Madison, Wis., June 15-18 as AMSA celebrates its Golden Anniversary.

Please be advised that session information and speakers are subject to change. For more information on any of these sessions or events, visit www.meatscience.org/rmc