Omaha Steaks pioneered the direct-to-consumer food channel, and it continues to drive process, product and distribution innovation across all channels it serves today.

When one asks Bruce Simon and Todd Simon, fifth-generation owner/operators of Omaha Steaks, how growth has come for the 102-year-old, Omaha, Neb.-based, direct-to-consumer marketer of steaks and gourmet foods, the answer appears contradictory at first.

“I like to say that Omaha Steaks really is an overnight success that took 100 years,” explains Todd, senior vice president of Omaha Steaks. “We’ve managed to carve out a powerful, omni-channel market position delivering great experiences; today we’re the largest direct-to-consumer marketer of steaks and gourmet foods, complete with a foodservice division, 58 company-owned retail stores and a national business gifts and incentives department.”

Few success stories could follow such a strangely described path, but looking back at the positions in which Omaha Steaks has been over the years, every societal change, every innovation that has hit the mass marketplace seems to have been just right for boosting the company’s business at just the right time.

As U.S. consumers sought out full-scale consumerism in suburbia, upgrading life and food choices and embracing mass media as an advertising vehicle, Omaha Steaks began building out its mail-order business. About the same time, direct parcel shipping began to take off across the country, giving Omaha Steaks a significant boost. 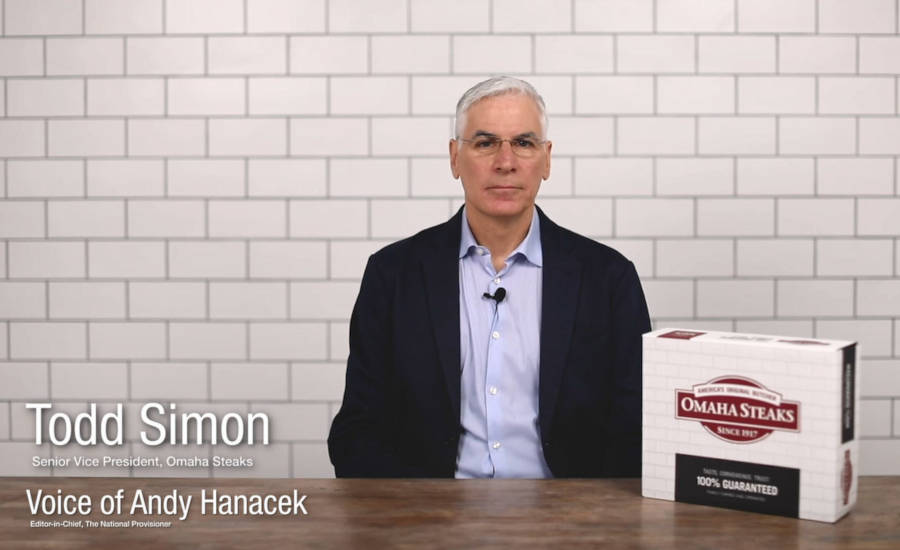 Todd Simon, senior vice president of Omaha Steaks, took the time to discuss the processor’s efforts to take care of its employees and maintain their expertise in order to uphold the quality of their legendary product lines.

Later, the advent of insulated shipping coolers and ability to vacuum-pack steaks and other cuts of meat played directly into the hands of Omaha Steaks’ business. And, of course, the boxed-beef revolution made the company’s then-new plant in Omaha (opened in 1965 with a rail system) that much more efficient as it moved toward processing subprimals over full sides of beef.

Two to three decades ago, as the World Wide Web began to emerge as a mainstream media vehicle, Omaha Steaks was ready, offering online ordering early on, at a time when most companies used Web pages as no more than a glorified business card.

“Omaha Steaks is really one of the first food-tech businesses out there. Today there are all these companies that are shipping food and meals directly to consumers, but we’ve been doing it since the late 1950s,” Todd says. To sustain that success, Omaha Steaks has had to develop systems for total control of the brand and message.

“We believe our competitive advantage comes from the fact that we own the customer experience from start to finish,” he adds. “Not only are we producing our own marketing, but we’re also making sure the steak in the box fits our specs, has been aged and trimmed perfectly, and has been packaged properly.”

Whenever Omaha Steaks has needed to advance its technological capabilities to ensure that quality, Bruce, president and CEO of Omaha Steaks, says the industry has had solutions ready to adopt and install.

“In order to have a beautiful finished product that is super-consistent every time for our customers, we had to have state-of-the-art packaging equipment, a meticulously managed aging process and software for managing inventory of raw material,” he says. “As technology has improved in the plant, the packaging machines have gotten faster, better and more versatile. It may seem like we just put our products into an insulated cooler with dry ice, but we have really honed that into a science, with multiple configurations, to be as efficient as we can.” 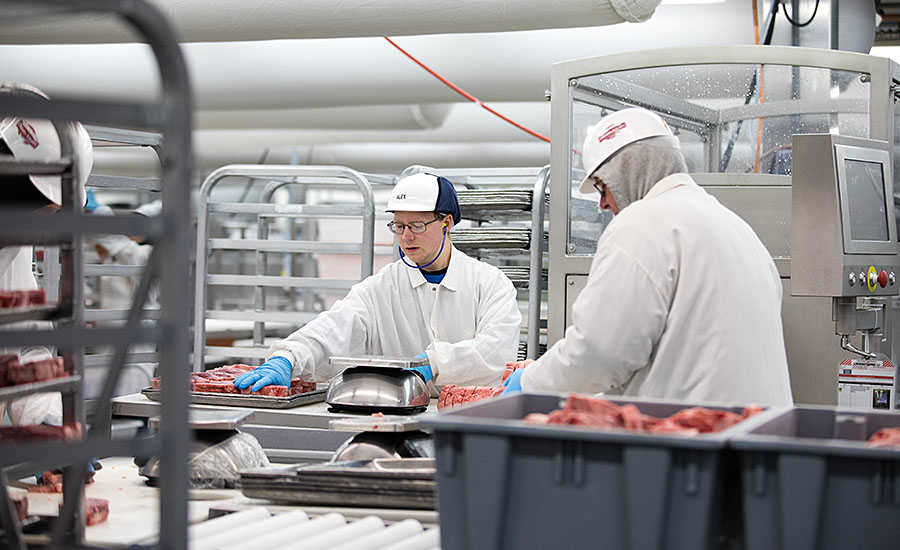 Technological advancement has helped Omaha Steaks store and distribute its product more efficiently as well — blast freezers have gotten more sophisticated and consistent at the same time, while order picking has become faster and more accurate.

“We’ve scaled up our distribution center over the years, and we have a computerized system that allows the pickers to very efficiently put packages on the conveyor out to the packers,” Bruce explains. “Now, at our peak season, we can ship as many as 100,000 packages a day.”

Innovation at Omaha Steaks hasn’t been limited to technology and operations over the decades of success, however. Within the core steak business, Omaha Steaks has evolved as consumer demand for variations has grown. The owners say that you can still get a super-consistent Filet Mignon from the company, but the company has had to react to succeed. Bruce proudly points to the products his expert team produces as evidence of the company’s answering the call.

“We’ve created King Cuts, which are some the largest steaks you can buy; we’ve added a new, center-of-the-Ribeye steak that we call the Omaha Cut Ribeye; we’ve added dry-aged, Wagyu, bison, grass-fed,” he says. “We offer everything a customer might want to eat on any particular day, from a great burger all the way to a bespoke 36-ounce, aged Tomahawk Ribeye steak.”

Omaha Steaks’ primary marketing message today revolves around its place as “America’s Original Butcher.” It’s a serious nod to the history of the company and its commitment to “stick to your knitting,” as another famous Omaha business giant, Warren Buffett, says. Yet, Omaha Steaks always knew it would need more than just a successful core steak business, and those products have added a depth and breadth that goes well beyond the steak-cutting prowess a consumer might find at an old-school local butcher.

“There are a lot of bright, shiny objects out there we could pursue, but if we focus on producing an ultra-premium steak brand and supplementing that with other amazing center-of-the-plate proteins, and all the side dishes and appetizers customers need to make a complete meal, we believe we’ve found a winning strategy,” Todd says. “We’ve really broadened our meal-solutions line, so no matter what your requirement is as a consumer, you can get that need satisfied from Omaha Steaks.” 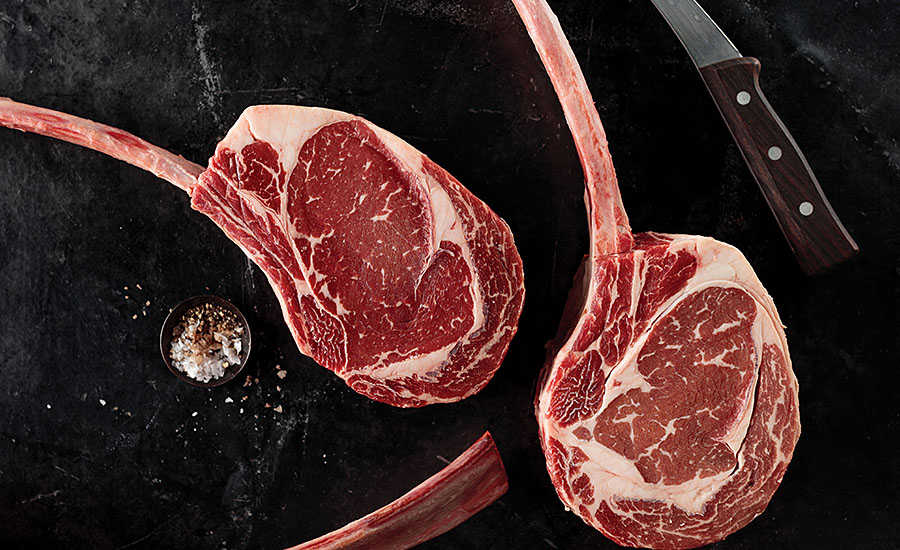 Over the decades, Omaha Steaks has embraced consumer demands for convenience and launched meal solutions from slow-cooker meals to skillet meals. Most recently, in August 2019, the company launched its latest solution: single-serve, microwaveable meals, which use vacuum-skin packaging to maintain quality and presentation in a frozen product.

The Simon family are sticklers for quality. Bruce says Omaha Steaks continues to assess the deliverables of its product lines on a continuous basis, and mentions that, within the last year, approximately 30 products were reformulated to better serve customer needs. That cycle will continue, and Omaha Steaks also expects to pursue more seasonal, limited-time-only (LTO) products as it expands its innovation pipeline.

Additionally, Todd says, Omaha Steaks has begun to investigate how it might begin to leverage its beloved brand into more traditional, brick-and-mortar retail chains.

“One of the things we’ve discussed is, as we continue to grow the business, what’s the right way to expand distribution beyond our own four walls?” he says. “We’ve achieved a large amount of success without tapping much into the traditional grocery or superstore market, but we think there’s an opportunity for Omaha Steaks-branded products to move strategically and carefully into the mass-retail environment.”

Already, the company has taken “baby steps” in this direction, with Omaha Steaks Meat Snacks — a line of jerky, beef sticks and steak bites — featured in approximately 1,500 retail and convenience stores around the country. This move wouldn’t be possible without the brand recognition and love from consumers.

“We asked consumers to name the brand of beef or steaks they buy, and, as expected, many consumers said they bought undifferentiated, store-brand beef by default; but among consumers who named a steak or beef brand, Omaha Steaks was the No. 1 brand they named,” Todd explains. “The same research also suggested those consumers would pay a premium for the Omaha Steaks brand, so exploring partnerships with retailers is a logical next step.” 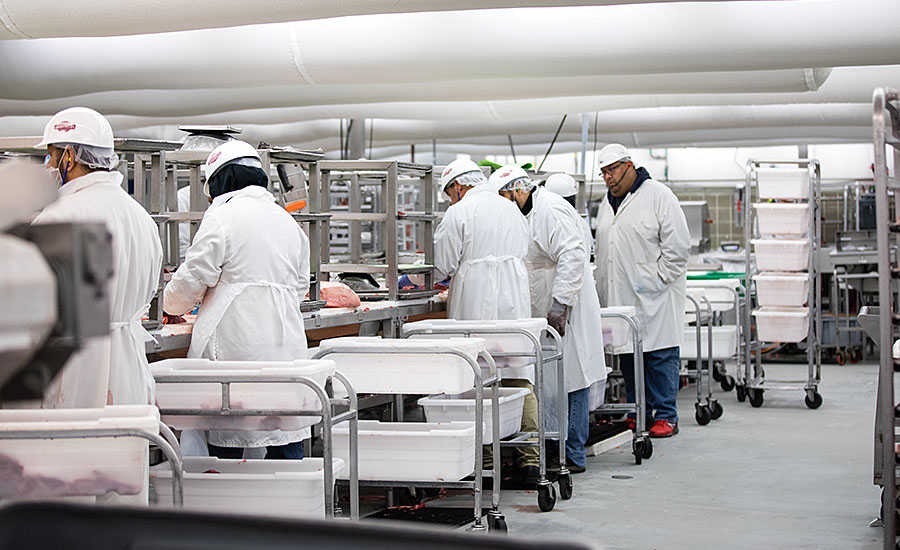 Regardless of what Omaha Steaks manages to execute at the retail level, Todd says product innovation will continue to address as many niches of the consumer marketplace that it can.

“We’ve rolled out products at multiple price points to give consumers access to Omaha Steaks through our growing portfolio,” he says. “Then our vertical integration and longstanding relationships with our suppliers allows us to offer full transparency as it relates to product quality.”

“Our ability to cost-effectively ship frozen foods coast to coast, directly to consumers, without sacrificing quality and preserving that one-of-a-kind customer experience is something no other company has been able to do at the same scale as we do,” Bruce concludes.

Omaha Steaks’ uniquely positioned and distributed brand — one that consumers trust for its quality and consistency — has always supplied the foundation for the company to grow. Adoption of technology and innovative product capabilities has made Omaha Steaks the not-so-overnight success it has become, quietly dominating the direct-to-consumer marketplace for decades at a level rarely seen elsewhere.

In keeping the consumer experience front and center in its mission, Omaha Steaks remains well-positioned to respond to the next societal advancement as it relates to the experience of food in America, all while keeping its legacy steak business at the core of everything it does. NP