For most companies, diversification of product mix can be a life-saver when traditional products fall temporarily out of favor. However, adding lines and operational capabilities to fill gaps in a portfolio isn’t something that can be planned and executed overnight. The most successful approach to long-term success is a long-range plan. Take the journey of Oakwood, Ga.-based chicken processor Wayne Farms’ South Alabama operations, as fantastic evidence of this approach.

“Historically, Wayne Farms had been a big-bird company,” explains Brad Williams, Wayne Farms South Alabama region manager. “However, to be successful over time, we need to be able to take opportunities in big- and small-bird business; to deal with the ups and downs of the market, we needed to be more diversified.”

Nearly a decade ago, it became apparent to Wayne Farms that its South Alabama operations held the key to meeting a wider variety of customer demands. With that in mind, the processor embarked upon a regional project that included expansion and upgrade of its Dothan and Enterprise, Ala., processing plants and construction of one of the largest feed mills in the United States in nearby Ozark, Ala., to the tune of $350 million in investments. First, the company concentrated on Dothan, which it had acquired as a big-bird processing facility in 2012 from Perdue. Today, the plant processes small birds at a clip of approximately 1.6 million birds per week, more than twice the output prior to the modernization.

Modifying the Dothan facility allowed for operational redundancy in the region, Williams says. The next step was to build a new regional feed mill to support the small-bird operations and also give the company flexibility to meet future customer demand.

At the time of the Dothan acquisition, the company’s Enterprise facility was the only plant processing small birds. About three years ago, the plan to expand Enterprise really began to take shape, says Eddie Fortner, Enterprise operations manager. “The expansion is basically a plant in and of itself,” he says. “We took this two-line plant that had been running for Wayne Farms since 1994 and simply built a new one-line plant attached to it.”

The Enterprise expansion wasn’t simply a small-bird capacity play, however, nor was the conversion to antibiotic-free feed at the feed mill. Both moves were made specifically tailored to feed into the launch of Wayne Farms’ new NAKED TRUTH® premium chicken brand.

“We actually initially processed [Naked Truth products] in Dothan, but we’ve now transitioned them here, because of the technology we’ve added here, including the controlled-atmosphere stunning system,” says Williams. “This expansion is setting us up for the future in terms of what consumers are looking for from an animal-welfare standpoint.” 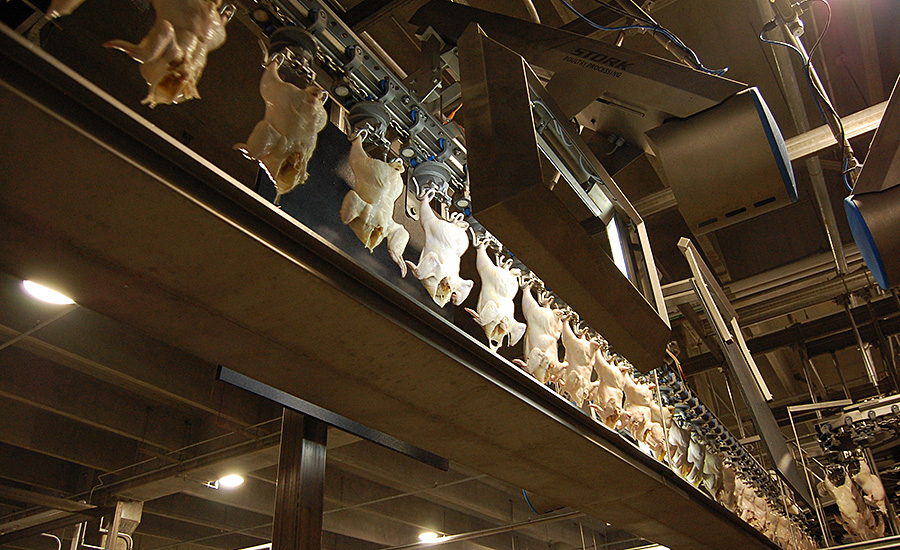 Naked Truth was launched in early 2017 by Wayne Farms in response to customers who had asked about the company’s ability to offer products in line with the Better Chicken Commitment, an activist-driven initiative to convince restaurants and retail chains to demand chicken raised under specific standards of animal welfare. Wayne Farms opted to seek certification from the Global Animal Partnership (GAP) for the new brand, says Megan Ernst, senior marketing manager for Wayne Farms.

“GAP 2 certification came about based on the conversations we had already with our customers, and we chose GAP ultimately because it is highly recognized and respected by consumers,” she says. To be certified as a GAP 2 product, Wayne Farms needed to ensure that birds in the Naked Truth program are fed antibiotic-free, all-vegetarian diets, and that the birds are given natural lighting and reduced house density, as well as housing enrichments to promote natural chicken behaviors.

Ernst notes that Naked Truth launched as a foodservice offering first, but Wayne Farms believed the attributes of the brand would resonate at the retail level as well.

“Wayne Farms has dabbled in retail in the past, but Naked Truth is our first big push at really diving into retail in a big way,” Ernst says. In April 2019, Wayne Farms’ intuition was proven true, as Whole Foods picked up the brand, giving it what Ernst calls “enhanced credibility.”

“[Whole Foods] shoppers are looking for new, unique items, and they know when they walk into that store, they’re going to get the best of the best,” she says. On the foodservice side, Naked Truth received a big boost when NBA Hall of Famer Shaquille O’Neal opened his Big Chicken restaurant in Las Vegas, and featured Naked Truth exclusively on the menu.

“Big Chicken was a huge bump on social media and in credibility for us, giving us the chance to talk to bloggers about the product,” Ernst explains. “[O’Neal] has a wide following that just latched on to the concept and gave us props too, which was cool for us.” 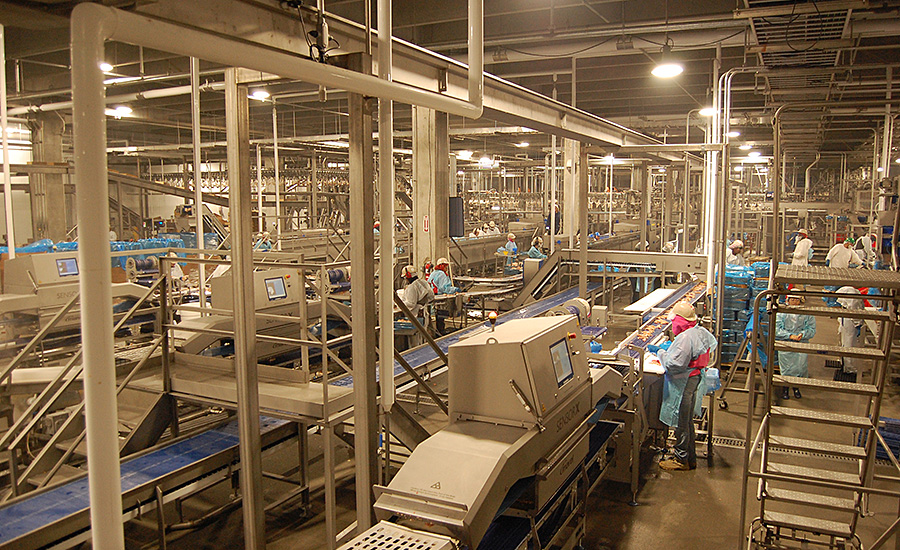 One of the main selling points for Naked Truth in terms of animal welfare has been the handling of live birds and the benefits of the controlled-atmosphere stunning (CAS) system. Neil Martin, assistant complex manager, says the benefits of the CAS system go beyond minimizing stress for the birds.

“It is considerably more sanitary too, because the system washes the drawers the birds are in as the system runs, after the birds are removed,” he says. Fortner doesn’t hide the pride all Enterprise employees have in the facility, pointing out how the CAS system has made the picking room the “nicest picking room” in the industry, as far as he’s concerned — clean, dry and well-lit — meaning the employees hanging the birds work in a better environment than that of a conventional picking room.

But the CAS system is only one of the top-of-the-line technologies the Enterprise facility features. From receiving all the way through sizing, Fortner says, the plant was designed to be able to mix and match operations to sell to nearly any customer demand.

“We have vision-grading and weighing technology that allows us to size and grade WOGs to whatever specifications we need to meet,” he says. “We have cut-up equipment and auto-deboners that are the latest and greatest technology, and of course we have X-ray technology for all our boneless products.”

Of course, Williams adds, the challenges of finding employees with the elevated skill set needed to operate, maintain and repair the new equipment has been ratcheted up as well.

“The conventional system had an operator, hydraulics, pulleys and chains, and this system may have the pulleys and chains, but you need a laptop computer sometimes now to dial in to it and fix it, and the sensors on these lines are maybe 10 or 15 times greater than the conventional systems,” he says. “So it has been a challenge to keep the maintenance staff and operations group up to speed with this different mindset, and to find maintenance technicians with that skill set, because it’s a lot different than it was 20 years ago.”

As the Enterprise workforce continues to master the new technologies it utilizes, Wayne Farms will continue to position itself to offer choices for its customers. As a market-driven company, Ernst says, the processor plans to always offer options from conventional chicken to GAP-certified Naked Truth premium chicken, and everything in between that makes sense.

“We don’t believe that one is necessarily better than the other, but Wayne Farms does believe everyone deserves a seat at the table, and there’s a growing demand for animal-welfare focused products,” she says. The Enterprise facility gives Wayne Farms the flexibility and backstory that it needs when consumers and customers come knocking on the door, asking about their animal-welfare story.

“Wayne Farms is ready for when that growth comes,” she concludes. “When consumers are ready and demand more [GAP-certified] product, Naked Truth will be ready to size up and meet that demand.”  NP