This website requires certain cookies to work and uses other cookies to help you have the best experience. By visiting this website, certain cookies have already been set, which you may delete and block. By closing this message or continuing to use our site, you agree to the use of cookies. Visit our updated privacy and cookie policy to learn more.
Home » Trimming the fat: pre-portioned meats offer ease and convenience
Meat and Poultry ProcessingPackagingSpecial Reports
Special Report | Portion Control Trends

Before the coronavirus (COVID-19) outbreak, consumers were buying a wide variety of meat cuts, from pre-portioned to bulk. The next few months may either see skewed consumer purchasing decisions or reinforce tried-and-true options. Either way, offering a variety of protein cuts is the best way to appeal to consumers’ desire for variety and convenience — whether it’s in bulk or smaller portions.

Portion and package sizes are certainly full of interesting developments now. “On the one hand, we’re seeing returning interest for value packs that had fallen out of favor during the aftermath of the recession,” says Anne-Marie Roerink, principal and founder of 210 Analytics, in San Antonio. “Initially, bulk discounts were popular as people applied a host of money-saving measures at the start of the recession. Later on, shoppers moved to saving money by buying less and bulk packages fell out of favor.”

Today, bulk is back, driven by a strong economy, expanding Millennial households and the growing favorability of frozen foods that allow people to buy in larger quantities while using it over time, Roerink says.

“At the same time, we’re seeing a rising demand for small packages, even individual servings,” she says. “Demand for one to two portions is driven by smaller senior/Boomer households on the one hand and Gen Z/younger Millennials on the other.” 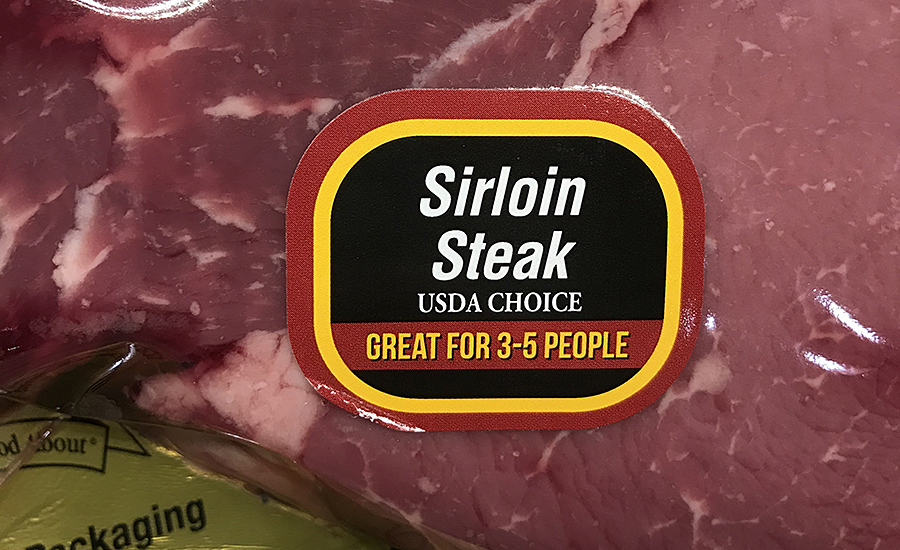 At the same time, health-focused shoppers still want to integrate meat and poultry but emphasize moderation over elimination and seek smaller portions. “So, a winning strategy is providing a continuum of choice, from individual to family-sized packages,” says Roerink.

“The nine different eating occasions range from solo — single individual who wants quick and easy meals — to family dinners like taco Tuesday to large dining for entertaining,” Dugan says. “Pre-portioned cuts are not as relevant for large occasions but well suited to those consumers who want versatility.” 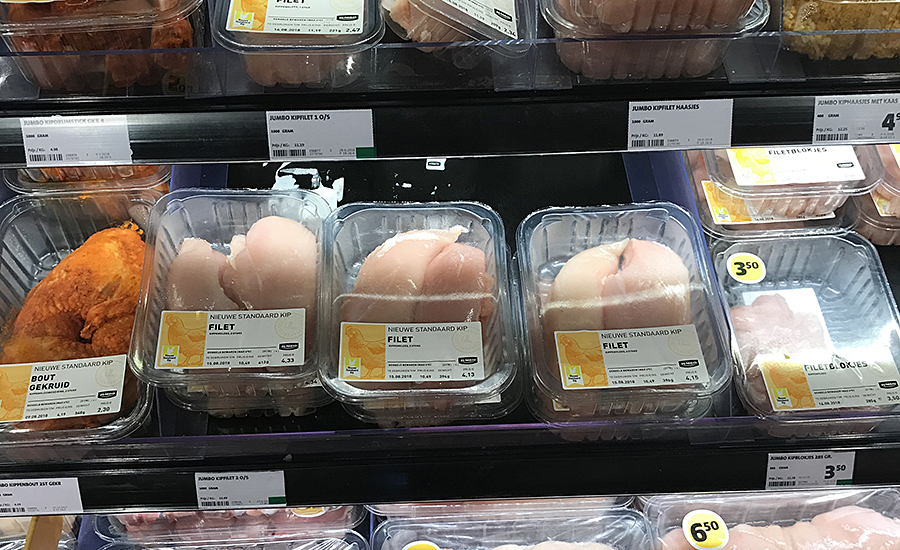 Buying habits are determined by home occasions, but what’s consistent is consumers are seeking convenience — 52 percent want cooking to be easy, Dugan says. “Folks don’t want to think too hard and want versatility, flavor and choices that everyone likes,” she says.

Smaller pork packages are more relevant to younger consumers. “And they are drawn to time savings – value-added, heat and serve meals,” she says.

Consumer demand for pre-portioned chicken is also relatively steady with growth in line with the overall rise in chicken. “Multi-pack, fresh refrigerated, boneless/skinless breast portions in individual sleeves that can easily be selected for one, two or more portions continue as the most popular pre-portioned chicken product in supermarket meat departments,” says Tom Super, senior vice president of communications at the National Chicken Council, based in Washington, D.C. “Home food preparers not only like this innovative convenience but also appreciate the no-fuss step to get the chicken from the package to the pan. This type of packaging is also handy for meal kits and home freezers.”

Making a meal of it

“In the grand scheme of things, it is a very small portion of total meat sales and one that the industry is still figuring out,” Roerink says. “The kits are labor intensive and getting the right meals, ingredients and shelf life at the right price point has been a challenge.”

Recent IRI data on meal kits showed a decrease in sales of traditional kits, but an increase in meal kits in stores (as of Jan. 26, 2020). “Deli prepared foods are up 4.5 percent, which offer a convenient meal solution,” she says. “Also, refrigerated, pre-packaged kits are increasing 28 percent in dollar sales, with convenient meals reaching $18.4 billion.” 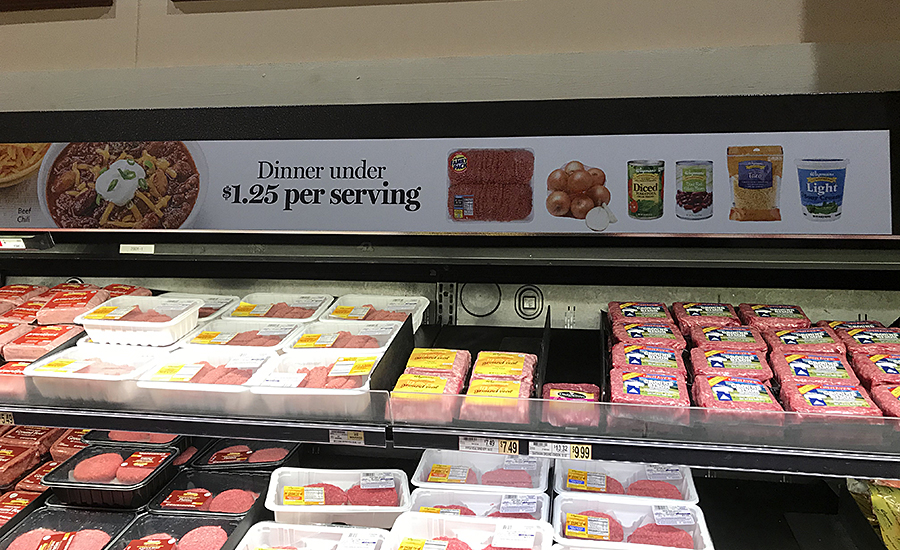 Some pork cuts that are traditionally cut and packaged in the store are coming pre-cut now, such as ground meat in cube form or pre-seasoned tenderloin, Dugan says.

Frozen meal kits, on the other hand, are doing well, and they include frozen meat and poultry ingredients.

“For years, the fresh perimeter outgrew frozen and center store, but those roles have reversed,” Roerink says. “Frozen meat sales were up 5.3 percent over 2019 as they address convenience, portions and shelf life. Frozen meat sales are driven by older Millennials — shoppers in the pressure cooker stage of their lives, juggling kids and careers.”

Frozen items offer consumers the ability to take out as little or as much as needed, given the flexibility in portion size. “Addressing speed, convenience and portions are important lessons fresh meat and poultry can learn from frozen (products),” Roerink says.

Value-added, further-prepared products, such as meatballs, hamburger patties and kebabs, are packaged in convenient portions. “And we see consumers respond to that favorably as they can purchase exactly what they are looking for,” Roerink says.

Even if an item is not thought of as being pre-portioned, it can still offer ease and convenience, as is the case with chicken sausages and chicken burgers. “In somewhat the same way, chicken snacks such as meat bars, jerky, sticks and similar are sized to provide convenient benchmarks for enjoying a certain amount of protein and/or calories,” Super says. 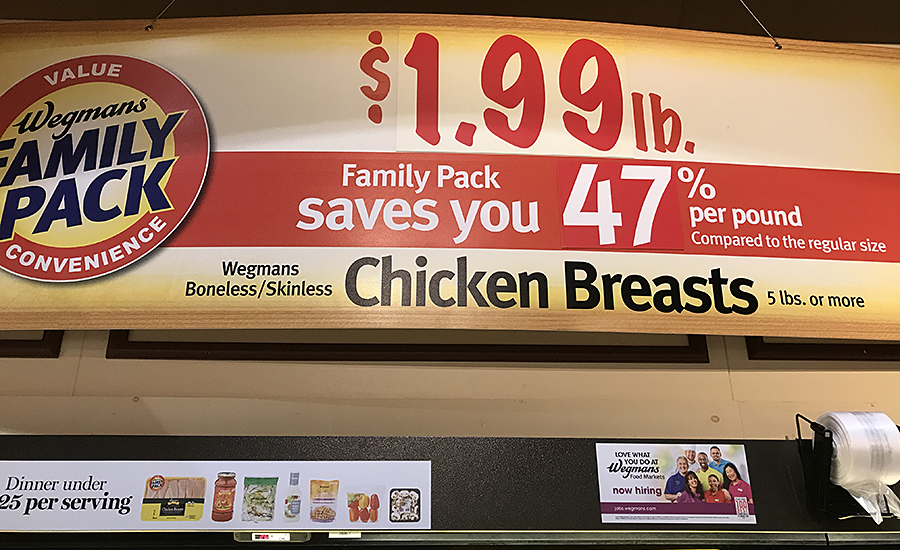 With meat traditionally being a volume-driven industry, experimentation with portion sizes will require a bit of a change in mindset. “In Europe, I’m seeing lots of trial with smaller portions in both meat and produce with single chicken breasts, just a half pound of ground beef or two hamburger patties,” Roerink says. “Others are selling the full pound, but in two half pound increments that can be used individually.”

For both ends of the portion spectrum, individual and bulk, Roerink says she’d start with the most popular cuts to see what is working, such as chicken breasts, ground beef, brats, etc. “Also consider calling out ‘serves three to four people’ type of advice, much like items in center store or frozen do,” she says. “People who are not familiar with cuts like roasts may only see the price tag, but not realize the per-person cost is very reasonable.”

With pork, it’s not just pre-cut, fresh meat that can do well in pre-portioned sizes, but lunchmeat such as deli ham. “Charcuterie is growing in popularity,” Dugan says. “Even at airports, stores are selling smaller snacking kits (with it included).”

Fresh tenderloin in smaller pack sizes also allows consumers to better visualize their dinner options. This is true for Hispanic shoppers who like the versatility of thin cuts of pork. “A porterhouse pork chop or smoked and pulled shoulder meat for a group is another good choice,” says Jason Menke, director of marketing communications at the National Pork Board.

In foodservice, portion control is critical for managing food costs, but some meats at supermarkets already come with a small price tag so that’s not the only deciding factor for consumers – the focus can also be on product uniformity.

“When home food preparers are planning to feed a large gathering of family and friends, especially on the outside grill, the thought process turns to purchasing a certain number of chicken parts of the same size,” says Super. “Leg quarters, drumsticks, wings, pre-sliced breast pieces and halves or quarters are popular options for managing the group feeding cost, cooking time and eaters preferences.”

Chicken marketers of pre-packaged, tray-packed parts focus on sizing to better accommodate this food shopper desire, Super says. “Bottom line, there is a great variety of pre-portioned chicken products and parts,” he says. “But, most consumers do not think about these items as such.”

We should only continue to see retailers and meat producers try to offer convenience to consumers, Dugan says. “Ultimately, meal solutions like pre-cooked, ready-to-heat pork or frozen meals will be what consumers want to see and what they will shop for in the future,” she says.

The Cryovac booth featured innovation aimed at providing both the retailer and consumer greater shelf life, as well as options for individual portions within a bulk bag offering, Roerink says.

“I saw many 1 lb. grind ‘bricks’ in beef, bison, lamb, turkey and more,” she says. “Also, some great innovation in value-added and fully-cooked meats. The meat industry is really starting to take innovation to heart!”

The meat industry will be dealing with a wave of change in the next five years as dollars in the meat department are shifting from the Boomers to the Millennials, so providing pre-portioned products should only continue.

“Millennials shop for meat very differently, from a greater emphasis on claims addressing animal welfare, the planet and health to a greater propensity to buy online, value-added and frozen,” says Roerink. “It’s very important to keep an eye on these changes to find a balance between who is the majority spender today – the Boomer – and who is the majority spender in another five years – Millennials.”

By 2026, demographers are expecting 80 percent of Millennials to have children, Roerink says. “That means bigger meat baskets, but at the same time, smaller ones for the aging Boomer generations,” she says. “Winning in today’s market means addressing that dichotomy and finding the right balance.” NP

The effect of snacking and convenience on meat and poultry packaging