This website requires certain cookies to work and uses other cookies to help you have the best experience. By visiting this website, certain cookies have already been set, which you may delete and block. By closing this message or continuing to use our site, you agree to the use of cookies. Visit our updated privacy and cookie policy to learn more.
Home » Bertolino Foods finds a new home
Meat and Poultry ProcessingSustainabilityBeefPorkIndependent Processor
Cover Story | Bertolino Foods

A long-time Boston processor brings decades of tradition under one roof.

“I worked five and a half days, and my first check was 35 dollars. Wow, I’m rich!” he recalled. “I could buy all of Sicily with 35 dollars.”

Eventually, he made his way into the meat industry. Through hard work and honesty, he ended up running a business, and then he started one of his own. Decades of growth and expansion have paid off in a grand fashion. Frank Bertolino Beef – now known as Bertolino Foods – is in the process of moving into a brand-new, state-of-the-art, 105,000-square-foot facility in Peabody, Mass. 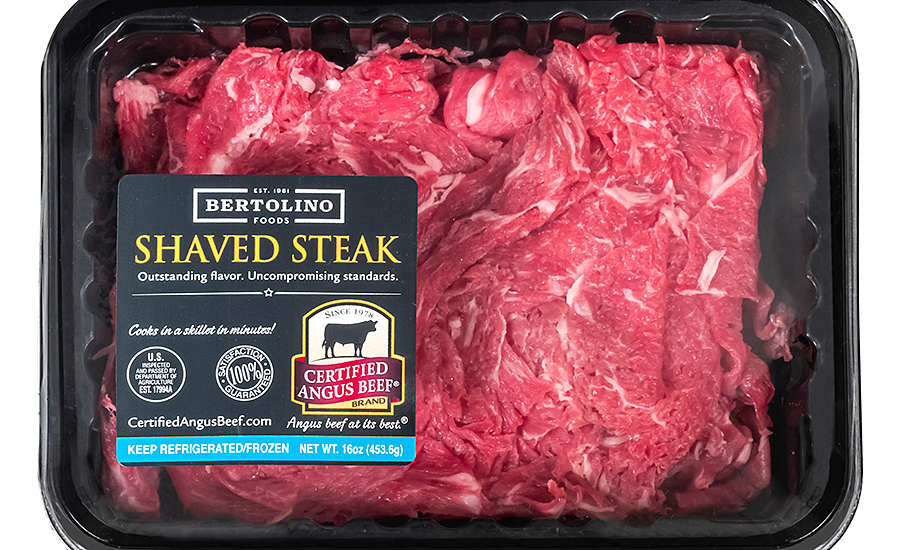 “The kids took over, they build this mansion here, and they’re throwing me out!” he cracks. He’s kidding, of course. Frank Bertolino is sitting in his office, right near the company’s first-ever test kitchen, and all expectations are that the 84-year-old patriarch of the company will make good use of that kitchen when he comes to work.

Bertolino Foods was officially formed this past summer, with the merger of three companies. Frank Bertolino Beef began in Boston in 1961 and was one of the last companies in town to process hanging cattle. F.B. Packing was launched in 1990 by Frank’s four sons – Leo, Frank Jr., Augustino and Paul. It offered premium pork products. Adams, Chapman Co. was a poultry company that has been in business since 1867. The owner of Adams, Chapman Co., Brad Benson, decided to entrust the legacy of his family business with the Bertolino family, and CEO Leo Bertolino saw a complement to the company’s other premium protein products.

“Adams, Chapman is the New England distributor for Bell & Evans Poultry, along with other premium brands,” he explains. “We came up with a plan to purchase and merge all of these companies together.”

The new Peabody facility will do just that – bring all of the companies under one roof. It was something that was long overdue. The original Frank Bertolino Beef was located in New Boston Food Market, where several companies operated out of different buildings in the complex. When a building became available, the company bought it and expanded. Leo Bertolino recalls that one of his early jobs was to negotiate the purchase of a building in 1989. 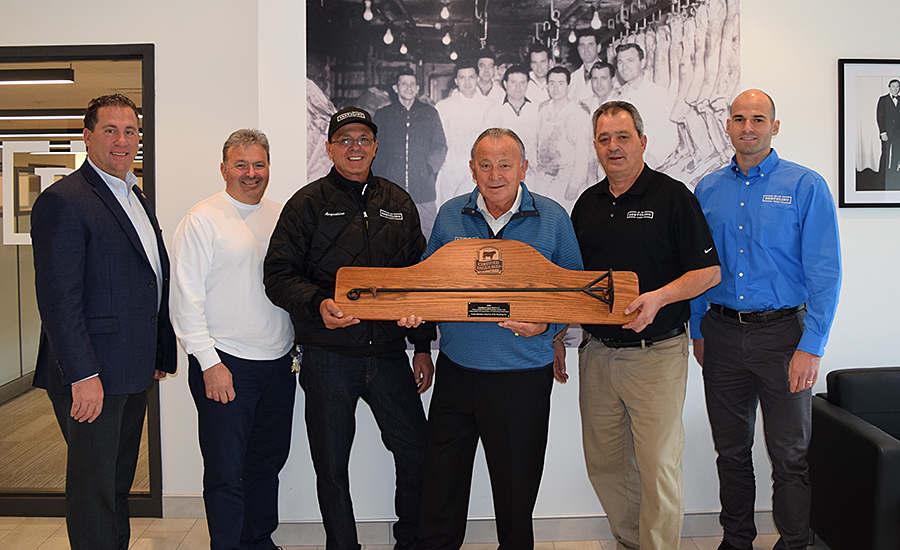 That extra building became the home of F.B. Packing, which processes hundreds of thousands of pounds of pork butts a week. That division of the company caters to distributors, foodservice accounts and supermarkets that produce their own fresh pork products.

Bertolino Foods has come a long way from breaking down cattle carcasses, and it has developed some successful specialty beef items. It produced hamburger patties before getting into shaved steak. From there, it became a partner with the Certified Angus Beef brand in 2007 and added a line of CAB shaved steak in 2013. Bertolino Foods’ work with Certified Angus Beef has proven so successful that the company was named the brand’s Value-Added Products Processor of the Year in 2020. 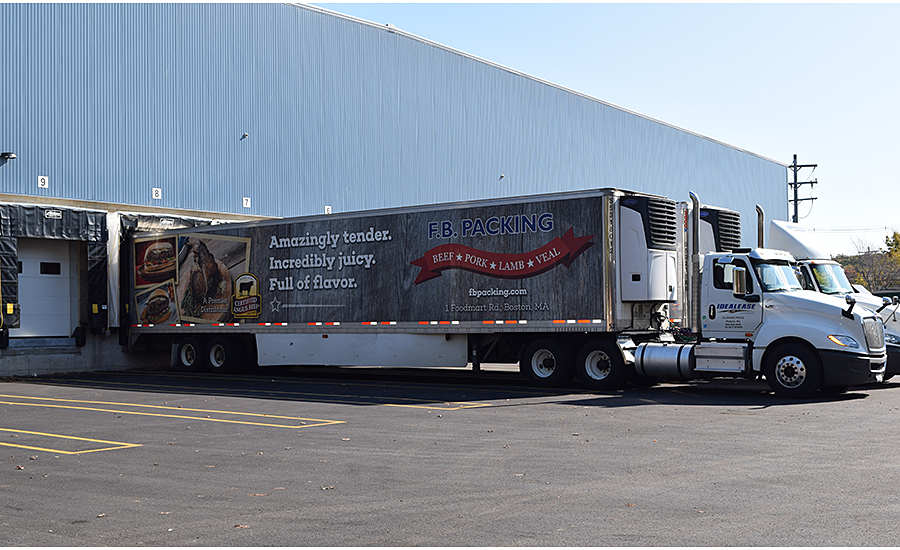 “Bertolino Foods stood tough during the pandemic, expanding production to meet consumer needs for quality and convenience, while engaging retail and foodservice customers. This processor excels at growing and diversifying business through its focus on quality with the brand. Greater efficiency in the new facility is perfectly timed to capture growing consumer interest in these easy meal solutions,” stated Brett Erickson, director of value-added products at Certified Angus Beef.

As the pork and beef business continued to evolve and grow, a couple of things became apparent. One, having multiple buildings and an off-site storage wasn’t efficient or practical. Two, the company needed to grow beyond the typical family-run business.

“We grew it from hard, hard work — early days, late nights,” Bertolino explains. “This morning you were a meat cutter, and this afternoon you’re going to be loading trucks, and tonight you’re going to be doing accounts receivable. With this building, I had to drive the bus and say that we need different managers now to help us get to where we want to go. We, the family, can’t do it all anymore.” 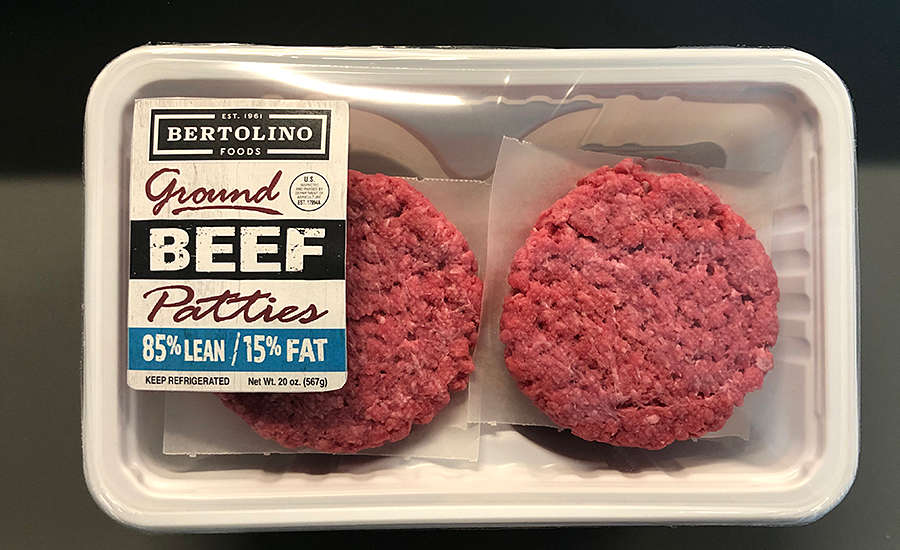 Turning Bertolino Foods into an efficient, modern-day business took a couple of steps. One, most obviously, was the construction of the new facility that will bring all the company’s activities under one roof. Before that, however, the company dramatically expanded its front office, giving the Bertolino Family some much-needed assistance.

Bill Morris joined the company in November of 2019 as the vice president of operations. He was a family friend who also knew the company professionally through his work as an independent grocer.

“When I found out Leo was coming to Peabody, I gave him a call,” Morris explains. He had almost joined the company once before, but the timing and commute just didn’t fit at the time. Now, everything came together nicely.

“I had the background for developing processes like what he was doing, and I offered my services because he was my friend. I’m 60 years old, so I wanted to make my last move the best one,” Morris added.

Not only did Morris join the company, but he also brought with him a team of experienced individuals to help everything from facilities management to sales to marketing.

Morris was also tasked with helping to lay out a production floor what would maximize efficiency. In the company’s Boston plant, it had one tray sealing machine for both patties and shaved steak.

“With this new facility, right from the start, we’ll be able to do shaved steak and patties in trays, all at the same time,” he adds. “Right off the bat, we’re going to double in capacity.”

The new plant has a 13,000 square-foot production floor, with room to add an additional 17,000 square feet for expansion. Morris, who also installed protective measures to keep employees safe during the pandemic, has incorporated some of those measures into the layout of the new plant. Instead of each cutting line having six to ten people at a bench, each person has his own bench six feet apart from any other employee. He believes the stations will keep employees both safe and productive. 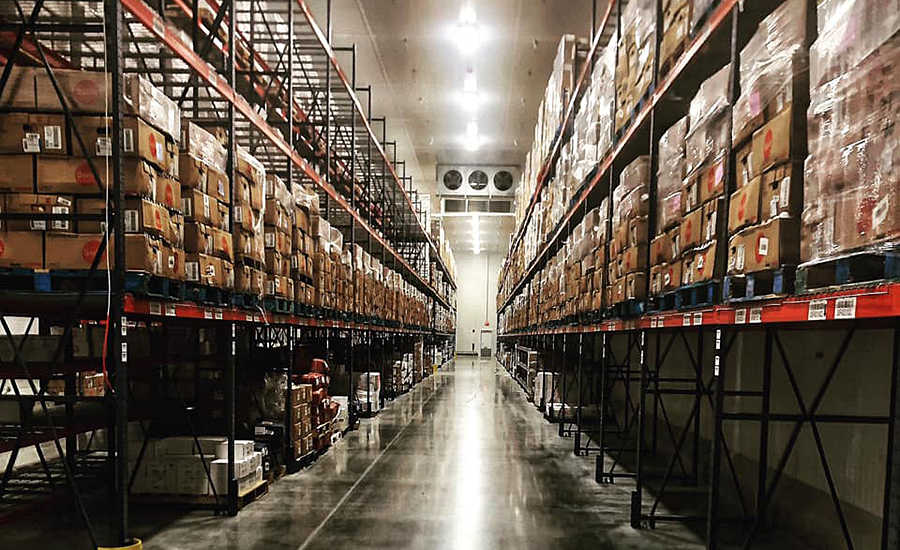 Bertolino Foods is in the process of moving into its 103,000-square-foot facility in Peabody, Mass.

The move to a new facility in Peabody was done mostly out of need, but also out of necessity. The complex that housed Bertolino Foods and its neighboring businesses was to be sold to a developer. Leo Bertolino and the other business owners came to an agreement with the developer, and he began moving forward with the plant construction project and the acquisition of Adams, Chapman Co. Meanwhile, the novel Coronavirus pandemic began wreaking its havoc in the country, and the sale of the Boston location kept getting pushed back. Bertolino admits to some stressful times, waiting for the sale to be finalized to he could move on with his other projects.

“With the grace of God, everything worked out. June 19 came along, it was sold, we did get our money, and that was probably the first night that I slept in a while,” he relates.

The new location and the additional staff means that his role in the business is changing as well. Like his father, Leo Bertolino was used to spending much of his time on the floor. As the business expands, he acknowledges that his time will be more occupied with meetings and meeting new or potential customers.

Michael Bertolino, Leo’s son and the third generation of the family, is now the vice president of sales and purchasing. His father is very complimentary about how he brings a Millennial perspective to a 60-year-old company.

When Frank Bertolino started his business, he couldn’t read or write English. There was heavy competition in Boston at the time, too.

“There used to be a thousand like me years ago. You know who’s left now? Me,” he says, while giving credit to Leo for bringing the business to where it is today. Frank passed on his work ethic and honesty to the rest of his family, and the company still holds to those same standards.

Leo says he took that advice to heart.

“Your word is your bond, as he mentioned. Don’t overpromise and underperform. Do the opposite. I think those are a couple of things that stuck in my mind. Hard work and honesty goes a long way,” he says. IP