Turning fat, oil and grease in wastewater into an efficient profit center

The simple and cost-effective approach enables continuous oil separation, removal and collection, and facilitates its sale.

In the food processing industry, there are many different applications in which oils are used or produced that end up in the wastewater stream. In applications where meat is cooked, fat and grease render out and collect in grease traps. Even the routine washdown of processing equipment surfaces can create a mixture of oily water.

Regardless of the source, removing accumulated fat, oil and grease from wastewater presents significant challenges. Food processors must implement efficient and cost-effective oil separation and removal solutions to treat wastewater on-site or discharge it to the sewer in compliance with federal, state or municipal regulations. If not, companies incur increased costs for water treatment and discharge, as well as ongoing maintenance.

An efficient, cost-effective solution is an oil skimmer that uses a free-floating collector tube that continuously removes the oil and grease as it rises to the surface of the water.

Oil, fats and grease adhere to the outside of this floating collector tube as it moves across the surface. A series of scrapers on the oil skimmer removes the oil, which then drains by gravity into a collection vessel. This system is not sensitive to level fluctuation or floating solids on the surface, removes very little water and operates continuously, unattended, requiring minimal maintenance. 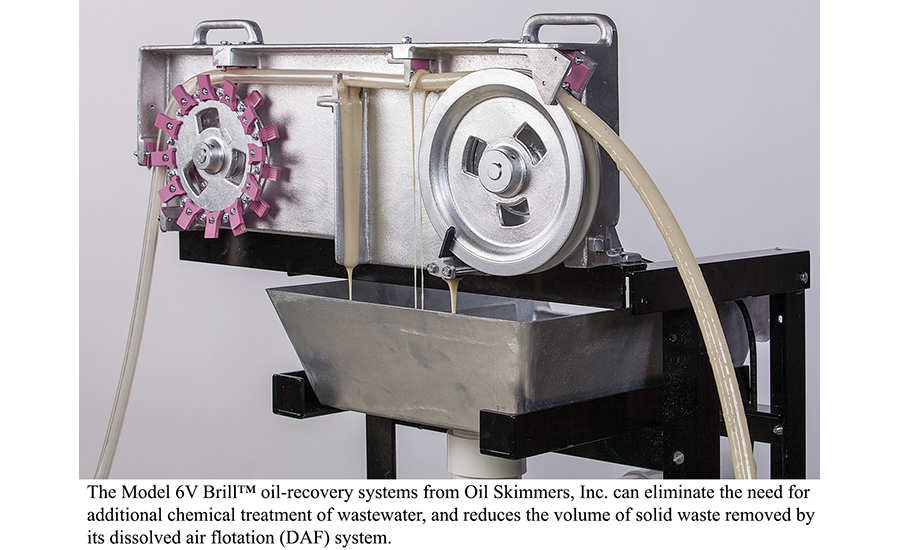 The problem was that large slugs of oil were “causing chaos” in the plant’s wastewater treatment system. As a solution, Brakebush Brothers purchased two Model 6V Brill oil-recovery systems from Oil Skimmers Inc. to remove oil from the wastewater before it entered one of the site’s two lift stations. The company has been a leader in the oil removal business for more than 50 years.

The oil-recovery system enabled Brakebush Brothers to eliminate the need for additional chemical treatment, and reduced the volume of solid waste removed by the dissolved air flotation (DAF) system. Each skimmer removes 1,392 lbs. of oil daily, which is recycled at a substantial profit to a company that manufacturers biodiesel from used cooking oil.

Another successful example of oil skimmer use involves tamale production at a major food plant in the Southern U.S. During production, the filling meat is cooked, which renders out the fat. Between batches, the fat is drained and the cooking equipment cleaned. The grease flows with the wastewater to a large grease trap.

With no continuous oil removal solution, the grease trap became routinely overwhelmed with buildup and oily wastewater was being sent to the city’s treatment plant. In addition to increasing fees to treat the contaminated water, the city required regular testing of the wastewater at the cost of approximately $1,000 per visit.

The plant then hired a grease removal company to clean the surface of its 2,500-gallon oil/water separation tank at a cost of more than $8,000 annually. This did not eliminate the need for daily servicing of their grease traps or eliminate city treatment and testing fees.

In search of a better alternative, the plant turned to a custom Enclosed Skimming System (ESS™) from Oil Skimmers, Inc. Since the underground grease trap featured a unique manway opening (the tank’s only access point), a special adapter plate had to be designed so the skimming system could mount securely atop the opening. The system completely encloses the Model 6V oil skimmer, keeping the oil removal process contained and mess-free. 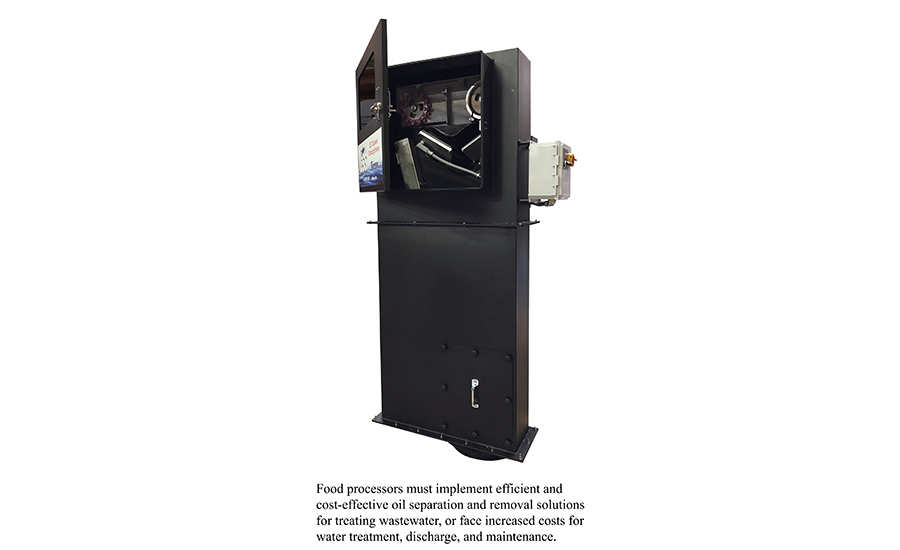 Now, as the grease rises to the surface in the grease trap, it is immediately recovered by the skimmer’s free-floating collector tube, and then flows to a collection tote. The new oil removal solution continually skims the water’s surface and eliminates any potential of releasing contaminated, oily water.

With the new ESS functioning, the plant’s water quality improved so dramatically that the city lifted the water testing requirement, eliminating the monthly fees.

Del Williams is a technical writer based in Torrance, Calif. For more information on optimizing warehouse storage and production, contact Steel King Industries at (800) 826-0203 or dheemstra@steelking.com, or visit www.steelking.com.