Finding sustainable methods of operation and energy consumption rule the day when it comes to the challenges facing the cooking and chilling processes. 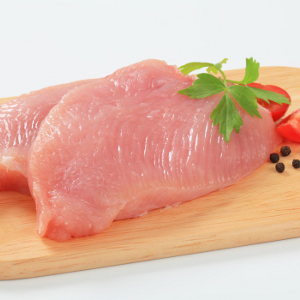 Today, most methods of mass cooking and chilling are pretty economical and sufficient for their purpose. However, processors and manufacturers continue to tweak thermal-processing procedures to eliminate remaining challenges.

Automated data-loggers for verifying and validating temperature are seeing widespread adoption, for one.

“Stainless steel, self-contained data-loggers are widely available for all temperature ranges used in our industry, and are more rugged, more reliable and less expensive than ever,” says Bob Hanson, founder of HansonTech, a consulting firm that specializes in thermal processing. “These data-loggers are readily adapted for measuring oven, chiller, freezer and product temperatures for batch and continuous processes, including temperatures up to 500°F.”

“I am collaborating with the University of Wisconsin on an AMI Foundation-funded project that has already determined the thermal resistance of three major pathogens on three deli meats,” he says. “The next phase of the project is to conduct further lethality trials using typical meat industry cooking processes, then use all of the data to develop ‘Appendix A’ style time-temperature tables for specific pathogens and products.”

These software tools should be available within the next year.

“Going one step further, an array of nonthermal-processing technologies are also being developed,” he says. “These technologies preserve food without the use of heat. Examples include high-pressure processing, pulsed electric fields, irradiation, UV light, ozone, chlorine dioxide gas, plasma and ultrasound.”

Although high-pressure processing and irradiation are applied in limited scope, other nonthermal technologies are yet to find commercial applications in the food industry, he notes.

The biggest challenge, however, for most meat processors is that many meat products are still being chilled in legacy air coolers with uneven rates of cooling.

“Identifying and monitoring the slowest cooling area is difficult due to the large size, slow-moving air, uneven airflow and intermittent loading of hot product into these coolers,” says Hanson.

Processors are adopting dedicated blast chillers to overcome this problem. These blast chillers are most often sized to hold one oven-load of product, and thus assure fast and uniform cooling, he says.

Another challenge is when product becomes chilled too quickly; thereby leaving trapped hot spots that can allow bacteria to grow, says Jeff Sindelar, assistant professor/extension meat specialist at the Meat Science & Muscle Biology Laboratory at the University of Wisconsin-Madison.

“If the crust freezes too severely, the trapped heat can create hot spots, and then you have a thermal barrier,” he says. “The goal instead is to take the product out of the temperature zone where bacteria can grow.”

It can still be challenging for processors to cool product in an efficient manner that also maintains a desirable rate of cooling.

“The cooling process contains a lot of variability, so processors need to understand the basic elements of how large their product is, how long it takes to remove heat from it, the impact of their equipment on the rate of cooling and how these relationships need to be maximized to create the most efficient cooling process,” says Sindelar.

Training and documentation are crucial, in fact, because the front-line production workers and quality-assurance techs are responsible for monitoring this inexact process.

Some questions to consider, says Hanson, are did the workers position the probes in the slowest heating (or cooling) spot in the product? Did they actually measure the temperatures, or just fill in the blanks? Are workers trained on the expected cold and hot zones? When there is a process deviation, do the workers know how to respond?

The potential for cross-contamination in brine chillers is still a problem, he notes, although citric- and acetic-acid treatments have been effective in controlling pathogens in chiller brines.

A large meat-processing facility can go through 2 million gallons of water every day.  But how many natural resources (and how much money) would be saved if plants could use and reuse that freshwater source up to three times — first for food safety, then for inedible uses and finally for local irrigation once it’s treated.

Turns out, quite a bit, as meat and poultry processors are finding it worth their while to experiment with energy conservation and water-reduction technologies during the cooking, chilling and freezing processes.

“Specifically related to water, many companies treat water by using current technologies such as reverse osmosis, ozone and UV light treatment,” says Ashley Peterson, Ph.D., National Chicken Council, vice president of science and technology, based in Washington, D.C. “This allows companies to reuse this water in other locations in the plant. Many companies have also installed specialized nozzles, water meters and cut-off valves, just to name a few.”

“For energy, conservation results in cost savings — and many of those cost savings pay off year after year,” he explains. “Processes can be optimized to increase yields and shorten cooking times — both resulting in increased plant efficiency and reduced energy costs.”

A meat facility is like a giant icebox after all. Where the animals enter the plant, it’s warm. But once the animals are harvested, half carcasses can be stored in a chiller for up to 48 hours before they are graded.

Cargill’s Fort Morgan, Colo.-based plant, for example, can have up to 30,000 carcass halves at any given time, and they all need to stay cold to remain fresh and inhibit any kind of bacteria growth.

“In western Kansas or the panhandle of Texas, it gets very hot, and the plant needs to keep an internal temperature of 35 to 40 degrees,” says Scott Hartter, vice president of environment, health and safety for Cargill Meat Solutions, based in Wichita, Kan. “That requires a lot of energy, so if we’re not efficient, we incur lot of costs.”

Since 2001, Cargill has created and committed to a formalized plan to aggressively reduce its environmental impact (with five-year goals) and become an ISO 14001-certified program.

Consequently, the company has produced its meat with 10.5 percent less energy, reduced water usage by almost 15 percent, experimented with renewable energy such as biogas recovery at 11 of its North American facilities, and captured and reduced methane and carbon dioxide gases by 20 percent, which recovers fuel and odors to the community.

To accomplish its conservation goals, Hartter says Cargill educates and involves its employees, puts the right processes in place and invests in capital improvements with newer refrigeration, lighting and heating systems.

“The most important aspect within a formalized program is employee involvement,” he says. “Our energy teams meet weekly. We offer recognition and awards for employee energy-saving ideas, and [we] provide a lot of training. Folks like to be part of solutions and see ideas put in place and acted upon by their company.”

Hormel Foods is also continuously looking for opportunities to improve conservation processes through new technology and management practices. The company considers all energy and water usage in regard to every new product and process development, and reviews existing processes and products as well.

“We met our goal to reduce water consumption by 10 percent by the end of fiscal year 2011, one year early in 2010; however, we continue to focus on water-reduction projects at our facilities and have set a new water goal beginning in fiscal year 2012,” says Chad B. Sayles, manager of mechanical and electrical engineering for the corporate engineering division at Hormel Foods, based in Austin, Minn.

“Water systems are used in many aspects of production, and each system is unique and must be analyzed to determine the best use,” says Sayles. “In general, we attempt to capture water used for cooling, remove the heat and use the heat for the benefit of another process. If possible, we reuse the water in the cooling process or in some other useful way.”

In 2006, Hormel Foods set a goal to reduce energy consumption at its U.S. manufacturing facilities by 10 percent per thousand pounds of production by the end of fiscal year 2011, using fiscal year 2006 as the baseline year.

Moreover, Hormel Foods has an annual Environmental Sustainability Best of the Best competition that rewards employees for their work in the area of sustainable projects.

Lynn Knipe is the Extension Processed Meats Specialist and Associate Professor in Food Science and Technology, and Animal Sciences at Ohio State University. He is also a member of The National Provisioner Editorial Board. For more information, contact him at knipe.1@osu.edu or (614) 292-4877.