Grass Roots Lobbying: How to have a voice for the industry in Washington D.C.

Establishing a personal relationship with representatives is a simple step that could have a big impact.

By Gregory Bloom, The Beef Pro 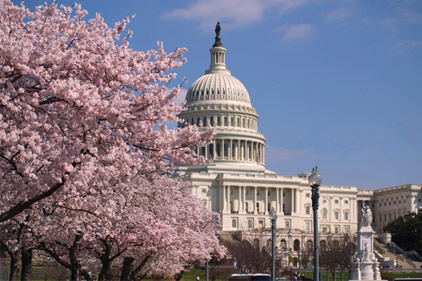 For years, the North American Meat Association has held an annual Washington Conference, where attendees travel to Washington D.C. to meet with USDA officials as well as their Congressional representatives. Three years ago I decided that I would attend the trip. I had a hard time convincing my controller at the meat plant that this was necessary for business, but after many requests, I got approval to take four days off of work and attend the conference.

On day number one, after being briefed by Washington insiders we headed for the Hill. I had set meetings up with my two Senators and my House Representative for Colorado. I was nervous as I entered each office, my palms were sweating and my speech impaired. I think it was the history of the place combined with the formality of D.C., but I couldn’t express myself very well and I must have appeared as a total amateur.

I had my one-sheets prepared with my talking points for issues that concern the meat industry and I rattled through them non-stop like a train going through a small town. The staffers didn’t talk much; they just stared at me, with this look of “Where did this guy come from?” The farm is the answer; I grew up on a farm. Unfortunately 4-H hadn’t offered a class that I can remember on grass roots lobbying.

After the conference, I felt discouraged. As I looked out the airplane window flying out of Reagan National airport, overlooking the beautiful D.C. mall, I thought, “This was a complete waste of my time and money.”

After getting home and back into my 12-hour days at the meat plant, I began to reflect on my trip, and I realized that I had learned a lot. Yes, I made some rookie mistakes on the Hill, but I was determined to learn how to have a voice for our industry at the local and national level. If you are like me, you get fed up with talk radio and the constant complaining that we all hear daily about how bad things are in D.C., and no one seems to be doing anything about the gridlock.

Last year I went back to D.C. for the annual trip with a different plan. At the meetings with my elected officials, I asked questions and listened instead of talking so much. I asked questions like, “How many people from the meat industry do you meet with each year?” “How many anti-meat people walk in here?” “What do you know about this issue and that issue?” “Have you ever been in a meat plant?”

What I learned is that our elected officials and their young, just-out-of-college staffers, know very little about our industry. They are far removed from our lives producing food and processing the nutrients that feed our populace. Few of us make an effort to get to know them or engage them in meaningful discussion. Some make an annual trip to visit them for 15 minutes, but they hear nothing from us the rest of the year. Much of the time, contact with them is made only when there is a big issue being debated like the Farm bill, Animal welfare issues or food safety concerns.

In April 2014, I was back with my meat pals in D.C. This year, my Senators, Representative and some of their staffers, remembered me. In three years I have that learned the importance of staying in contact with the staffers all during the year. I send them emails at least once a month. I visit the local offices in Colorado during the year and get to know the local staff members. When I meet with them, often, I don’t ask for anything of them. I am there just to build a relationship with them. A time will come when I need them to hear me out about an issue. I learned that they really enjoying hearing about the meat industry and how it works. They like to know what we think about the issues and regulations that we encounter. After relationships are made, they will ask your opinion about food stories that are in the news headline, before the USDA and Congress.

My only discouragement this year after leaving D.C. was that there were very few of us there. If you can’t take off of work each year and spend the money on this trip, I’d ask you to at least visit your local office and let them get to know you. Invite them to your plant. Expose them to your world. Email and call your elected officials in DC at least monthly. Keep your name and company in front of them. Let’s work together to build a large voice that can be heard at the local and national levels. Hope to see you in D.C. in 2015. Until then, fight on!

For more information, contact Gregory Bloom at gregory@thebeefpro.com or (303) 470-8883, or visit www.thebeefpro.com.