More than ever before, consumers are deciding the quality of their restaurant meal before even trying a bite of it. Many of their judgments are in place just by reading the menu. Is this steak from an animal that was humanely raised? Is that hamburger from antibiotic-free beef? Is this chicken sandwich made with processed deli meats or whole-muscle chicken?

Taste and value are still leading factors when consumers decide where to eat. However, those other factors have permanently changed the restaurant industry, and the operators and the companies that supply them need to adapt. The Millennial generation may be the group that is leading the charge, but it has gained appeal to the other segments of the American population as well.

“I’m not sure trend is the right word. It’s an evolution,” says Ric Scicchitano, managing partner for Food & Drink Resources, a marketing agency that works with both restaurant brands and food processors to develop recipes, new products and concepts. “There’s no doubt that consumers are expecting that their proteins come from a cleaner source, and that what is in the products are clean in nature.

“The days of having nitrites and nitrates in food, there is a tipping point there. People are making menu decisions because they don’t want to put those chemicals, those salts into their bodies,” he says.

The movement toward less- processed food started small, but now that even some of the largest QSR companies are getting involved, the supply chain as a whole is changing. As more processors produce “clean-label” items, smaller chains and restaurants can jump on the bandwagon as well. Scicchitano notes that these smaller brands and smaller chains make up about 80 percent of the volume of the foodservice industry. 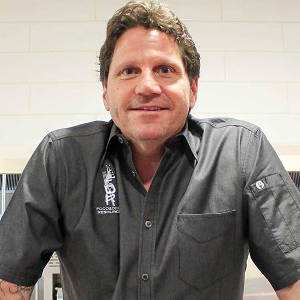 The restaurant world as a whole is going through some challenging times, with several areas seeing a softening of sales and volume. Scicchitano says that the areas that are doing the best right now are the extremes of the industry — the quick service restaurants and the fine-dining restaurants. The successful QSRs are succeeding by offering tremendous value, and the fine-dining restaurants are doing so by providing unparalleled quality without much regard for the cash-conscious consumer.

The places in the middle, like fast-casual and casual dining, are struggling. They are not providing the value that a QSR has, and they’re not fancy enough to appeal to the fine dining population. Even more than that, the successful restaurants and chains are doing a better job of standing out from the competition.

That differentiation can come from different ways, and processors need to offer creative solutions to their foodservice partners. Burgers, for example, are so ubiquitous that chefs need to come up with ways to make their offerings special. One way that can do that is by developing a custom blend.

“If you can tell a story about what’s in your ground beef, how much is chuck or how much is brisket, I think consumers will go to it,” he says.

Those restaurants that still use frozen beef patties are getting the message that fresh beef matters, Scicchitano adds. The places that use fresh ground beef hand-formed into patties in-house have a distinct advantage over those places that have yet to up their burger game.

“People who serve ground beef need to take a good look at those who are winning in the burger category, and they’re doing it with some really good innovation and a good, fresh product,” he says. “If you don’t have a fresh product, you’re probably trailing the play. If you’re not doing something original or creative with your burger, if you’re not putting a runny yolk on your burger, if you’re not adding pickled vegetables to it, if you’re not working with some interesting cheeses, these new concepts are taking business away from you. If you have a terrible bun, forget it, because the bun is the deal breaker for a good burger or bad burger.”

Scicchitano says that chicken will remain a top protein for restaurants, but its usage is evolving as well. The chicken breast is still a menu staple, but chicken wings, thighs and boneless thighs are gaining share.

“Look at what’s happening to the population of the U.S.,” he says. “The U.S. is taking on a lot more of a Latin culture, with the Latin cuisine and the influx of people who are coming into our country. They prefer leg meat and thigh meat over breast meat. Where breast meat was traditionally a driver in this country, the bone-in and bone-out dark meat of chicken continues to see more mentions.”

Chicken wings have grown in popularity so much that the pricing for them can become extremely volatile at times. If the cost becomes too high, a restaurant operator may look to manage his or her risk by finding an alternative — something that can be prepared in much the same way as a chicken wing, even if it’s a different protein.

Scicchitano points to the pig wing — the small ends of the pork rib, with the meat still attached. It can be flash fried and sauced like a chicken wing and therefore does not require a new skill-set from the kitchen staff.

If processors want to be good partners with their foodservice clientele, then they need to help them discover the alternatives to more expensive menu offerings. Those alternatives could be utilizing different parts of the same animal, or it could mean switching proteins entirely, like using pig wings instead of chicken wings.

“Maybe this isn’t the time of year to offer pork. It’s better to offer beef or vice versa,” he adds.

Restaurants can also be encouraged to try something that they haven’t done in the past. Lamb is a rising protein, thanks to the popularity of Mediterranean food like gyros and shawarma.

“Years ago, lamb was reserved for a Greek restaurant, or if a steakhouse was doing a lamb lollipop chop. I think lamb has hit a tipping point where it has more broad appeal than it has in previous years, being driven by Millennials,” he says.

He says that a quality supply of lamb, both domestic and foreign, has contributed to the protein’s growth, to where it has made inroads into fast-casual restaurants.

“The Australian Lamb Board is doing a great of bringing into the country grass-fed lamb and beef, so they’re hitting on that niche as well,” he says. “I’m waiting to see when Arby’s finally puts lamb on the menu, because they’re certainly making some good noise with venison now.”

Even as the foodservice industry weathers some declining traffic, new concepts and new standalone restaurants are opening every day. These industry newcomers are doing more than offering a menu. They’re promoting a mission, whether that is locally grown food, humane handling or healthier offerings. That mission starts at the top of the management.

“The new-generation CEOs and founders who are creating these companies, when they’re making their menus and creating their brands, are asking questions up front,” Scicchitano says. “’I want a cleaner-label product. I don’t want an ingredient statement that I’m embarrassed to post on my website. I want to use whole-muscle meats. I want to use fresh products.’

“I think producers need to be aware that this trend is not going away. It’s only going to grow in expectation, so be prepared for it,” he continues. “I think the industry is going to find that that’s how these new brands make hay and differentiate themselves.”