How to be savvy with software

The technology — which features functions such as real-time monitoring of performance and processing yield, enhanced traceability and reviews of costs and margins — also is strengthening the management of cattle and hog production.

It enables the use of drones, remote motion sensing cameras and remote fencing sensors on expansive ranches to help monitor the status and safety of cattle. It also can monitor fence conditions, water availability and locations of abundant forges, says Josh White, executive director of producer education and sustainability for National Cattlemen’s Beef Association, in the Centennial, Colo. White notes some producers also use ear tags or collars equipped with transponders tied to software systems to detect individual or herd activity.

Yet many cattle farmers, who have an average age of 57, are uncomfortable with newer technologies, which is slowing adoption, White says. “Opportunities to learn in a hands-on setting have been greatly reduced because of COVID-19 restrictions on in-person meetings,” he says, adding that producers should leverage the technical expertise and savvy of younger family members if available.

“Having a family or enterprise ‘chief technology officer,’ even if they are only a teenage family member, will expand responsibilities and ‘ownership’ to the next generation,” White says.

A PLUS FOR PORK PRODUCTION

The use of process control systems by pig producers also can be challenging because of an environment that often is dusty with high humidity and temperatures, which affects the performance of handheld devices, says Chris Hostetler, director of animal science for the Des Moines-based National Pork Board. Many locations also lack online services, he says.

“Pig farms typically are in the middle of nowhere, and there are not always internet connections available in the rural areas such as in Nebraska, Kansas and Iowa,” he says. In such instances, producers may store production data and later upload the information to operating systems when they can connect to Wi-Fi, he says.

Further complicating communications are buildings that primarily consist of metal walls and roofs, which can interfere with wireless signals, Hostetler says.

“Real-time analysis can often lead to better decision making, but uploading data at the end of the day is still far better than the previous paper-based recordkeeping,” Hostetler says.

Having software that supports real-time communications between pig farms and processing plants, meanwhile, is crucial for obtaining carcass information from processors that helps determine pricing, Hostetler says. That includes data on loin-muscle depth and back fat thickness, yields and the number of animals that processors condemn during the inspection process, he says.

“Pork producers can use the data to price their pigs accordingly and receive compensation for hitting certain targets, such as the amount of lean muscle,” Hostetler says. “Pigs with more lean tissue are worth more to processors, who pass that value on to the producer.”

Rapid data access also enables farm managers to better make decisions such as to whether to keep or cull a sow based on the number of pigs in current and past litters, he says. 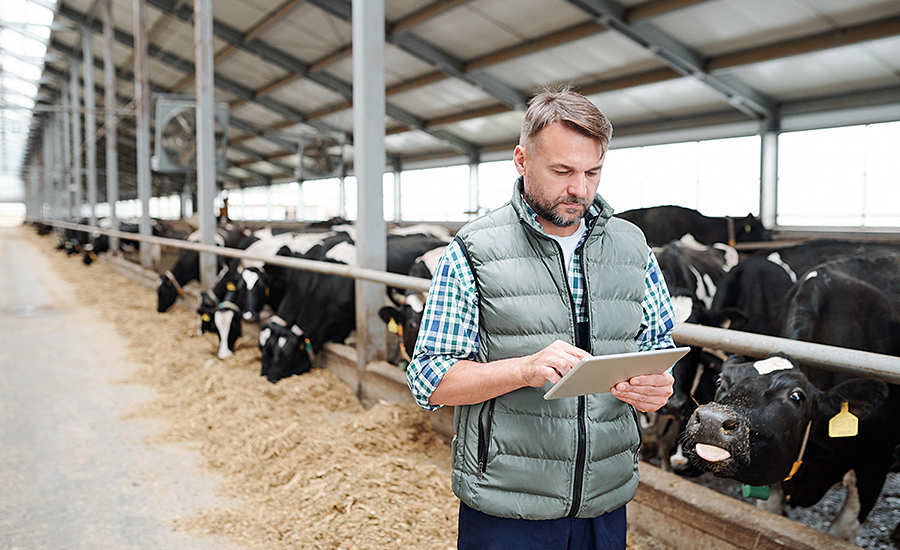 AN AVALANCHE OF POSSIBILITIES

Software will evolve to support more internet-based applications, Hostetler says. He predicts they will include greater use of robotics within swine barns for such tasks as maintaining feeders along with tracking the time workers spend on each task to develop greater operating efficiencies.

In addition, technologies will enhance transparency along the supply chain by pinpointing the origin of animals and feed ingredients and allow the information to be shared with retailers and consumers, he says.

The National Pork Board is funding a host of research initiatives that incorporate processor control software. 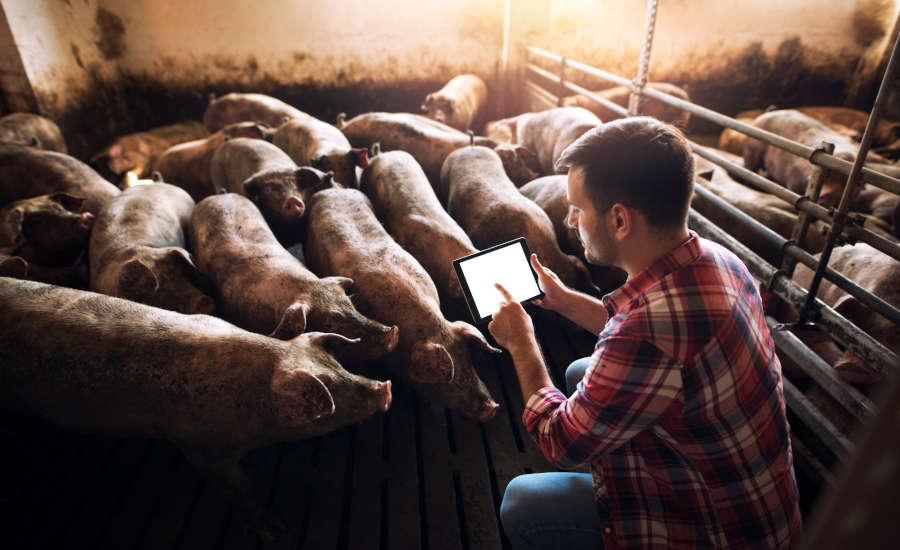 MAKING SENSE OF THE STATISTICS

With process control software becoming ubiquitous in meat and poultry operations, farmers, ranchers and processors are receiving a plethora of information on all phases of the life and production cycle. But the abundance of data may result in information overload, says Jeff Sindelar, professor and extension meat specialist in the Department of Animal Sciences at the University of Wisconsin, in Madison.

“Operators can or are using technology to monitor nearly every step of the manufacturing process, and the issue is what all of that means and what data is useful and not useful,” he says, noting many parties only use 5 to 10 percent of the information they collect.

In addition, operators face the burden of marrying data from a variety of technologies or sources that are operating independently in different parts of a facility in order to accurately gage the state of their operations, he says.

“The trick is how do you connect all the dots,” Sindelar says. “Handling thousands of data points and then figuring out what to do with the information can be challenging.” He says software providers, outside consultants and highly trained in-house workers can often assist processors in solving such issues.

But because it can cost tens of thousands of dollars or more for process control software, many processors — particularly smaller operators — may not be able to afford the technologies. Nevertheless, Sindelar says software will continue to evolve with newer designs likely to help operators improve production, safety and product quality.  NP

How to withstand the grind

Rapid testing enhances capabilities but must be accurate

How to keep traceability on track

How to withstand the grind

How to handle the big chill