The barbecue sector is becoming an increasingly energetic meat and poultry merchandising area.

While ribs, chicken, and pork have traditionally been the most popular meats for barbecuing — with most cuts seasoned with salt and pepper then finished with a thick, sweetish Kansas City-style barbecue sauce — consumers are embracing new recipes and cuts, says Steven Raichlen, author of the “Barbecue Bible” series of cookbooks and host of the Project Fire and Project Smoke programs on the Public Broadcasting System (PBS).

American barbecue, for instance, is being “gloriously influenced” by other fire-cooking cultures such as Thai, Korean, African, Argentinean, and Mediterranean, he says. It is resulting in the greater use, for instance, of peri-peri, a spicy Portuguese hot sauce that is often slathered on chicken wings, and gochugaru, a ground spice mixture from Korea, Raichlen says, adding that “anything with heat or rich umami flavors are trending now.”

Offer a variety of options 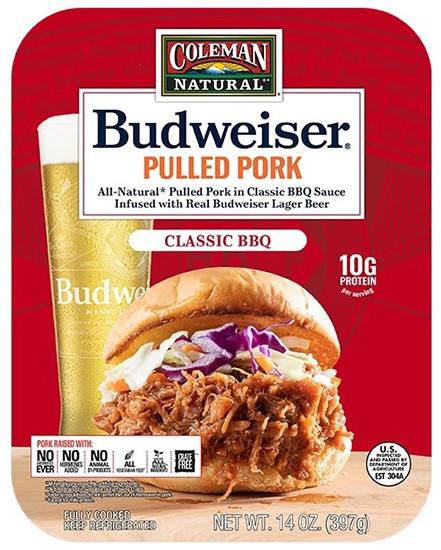 Retailers can generate greater activity from barbecue-focused shoppers by offering high-quality cuts along with fully cooked and “better for you” and “better for the animal” options, such as all-natural meats that were developed without the use of antibiotics and are from humanely raised animals, says Sarah Findle, director of marketing and communications for Golden, Colo.-based Coleman Natural Foods. Coleman merchandises fully cooked Coleman Natural Budweiser BBQ Pulled Pork.

In addition, cross-merchandising barbecue meats with other meal components can spur further interest in selections, She says, for instance, store operators should consider displaying beer near the barbecue section.

It also is important for meat department staffers to have the training necessary to effectively answer shoppers’ barbecue questions, Raichlen says. “Recipe handouts at the point of sale can inspire customers too,” he states. Offering barbecue samples smoked on the premises is also helpful.

Grouping “barbecue-worthy” meats together in a special section of the meat counter, meanwhile, can make it easier to educate shoppers on product options, Raichlen says. “Offering fresh, never frozen meat is always a plus and enables community butcher shops and meat counters to compete with the online sources that encroach on their businesses,” he says.

Retailers can attract further attention to barbecue selections by hosting barbecue classes during the prime grilling months, he says, noting that a session on “budget barbecue” in response to rising meat prices may be popular.

Tim Shelburn, a Springfield, Mo.-based barbecue pitmaster and brand ambassador for Sheboygan Falls, Wis.-based sausage company Johnsonville, says rising meat prices are keeping many consumers from purchasing such preferred options as brisket and ribs. “I will often go to a store and only see a brisket flat and not buy it because I want the entire packer,” he says. “The flat muscle by itself is almost always double the price per pound of the whole thing. I also rarely buy short ribs because they are always cut into small squares. People who are doing barbecue want the short rib plate or at least the full rib.” 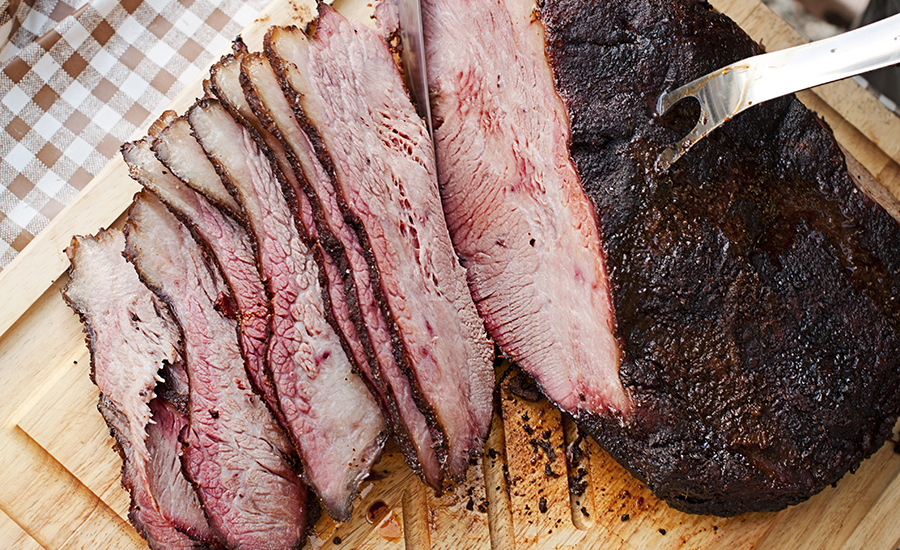 Go online for the answers

Retailers can better understand shoppers’ barbecue attitudes through online research that includes gathering information from social media influencers and recipe creators, says pitmaster Brent Little, a Memphis-based Johnsonville brand ambassador winner of the supplier’s recent Titanium Tongsman grilling competition. He notes, for instance, that many barbecue enthusiasts are showing more interest in picanha, a cut of meat normally available at Brazilian steakhouses and may also be known as rump or sirloin cap. “Just look at the amount of content featuring these hashtags on Instagram,” Little says.

He says that while samples still are an effective way to introduce consumers to barbecue options, shoppers “now look to social media for recipe ideas. Once people try the recipe, they will soon add it to their standard of grilling and barbecuing.”

Merchandisers also can educate shoppers on barbecuing by offering instructional materials with the meats, Shelburn says. Info may include explanations about each cut or provide such details as how to remove the membrane on the back of ribs.

Getting sauced: The finishing touch for good barbecue