This website requires certain cookies to work and uses other cookies to help you have the best experience. By visiting this website, certain cookies have already been set, which you may delete and block. By closing this message or continuing to use our site, you agree to the use of cookies. Visit our updated privacy and cookie policy to learn more.
Home » HPP driving Universal Pure’s growth in Texas
Meat and Poultry Industry NewsMeat and Poultry ProcessingFood Safety

ARLINGTON, Texas — Texas has long had a reputation that things there are bigger, and when it comes to demand for Universal Pure’s high pressure processing services, it’s true.

Crediting strong growth for its services in the Texas region, Universal Pure is moving two HPP machines currently in operation at the company’s nearby Dallas-area facility in Coppell to its Arlington site, where they will join a large HPP machine in operation there since the site opened in December 2021.

Thanks to expanding business in the Texas region — largely driven by HPP services — Universal Pure outgrew its processing facility in Coppell, Universal Pure CEO Jeff Williams said, and began its search for a new home in Texas in early 2021. The company acquired its Arlington facility in July of 2021 and spent a few months doing construction and facility upgrades, including installation of its new Avure 525 HPP machine.

In addition to relocating two HPP machines to its Arlington facility, the provider of high pressure processing and other services for food industry customers is adding several production lines to that operation over the next few months that will enable Universal Pure to offer its customers complementary cold-chain value-added services, Chief Commercial Officer Tom Woodward said. While Universal Pure’s HPP services are driving growth, its roster of services includes integrated solutions tailored for meat processors, including cold storage, air and water tempering, netting, and tray kitting and assembly.

The ramping up of Universal Pure’s Texas operations meshes with its recent acquisition of Hydrofresh HPP, a leading outsourced HPP and cold storage services provider in the Midwest. The addition of Hydrofresh extends Universal Pure’s fleet of HPP machines to 20, spread across its seven-location, national strategic facility network that enables same-day access to major U.S. markets.

“At Universal, part of our strategy has been to build out a national network of multi-service centers,” Williams said. “Protein is a huge segment for HPP, and it just continues to grow every year, whether it's existing SKUs or new product introductions that are leveraging HPP for their launch.” 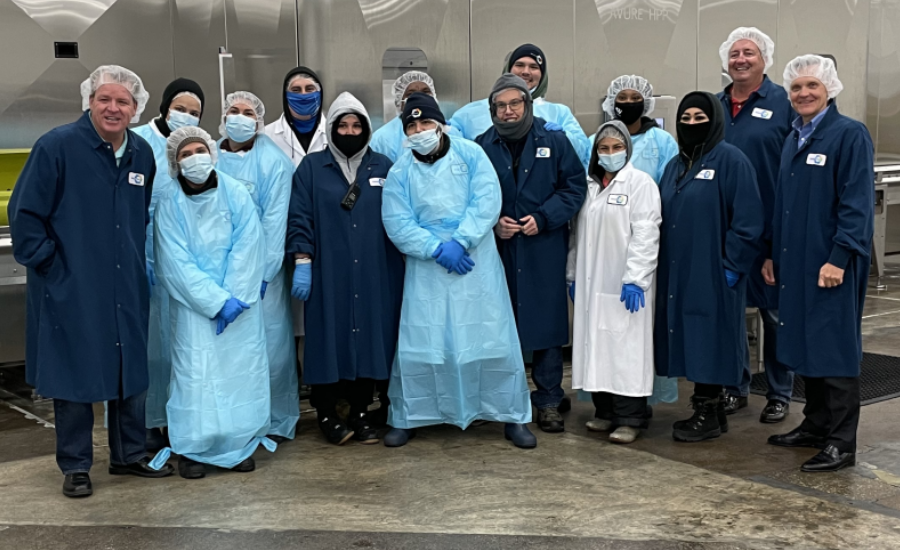 HPP involves placing packaged food into a vessel filled with water and then applying 87,000 PSI to the water in the vessel. This process breaks down the cell walls of pathogens that could potentially exist in a food product, inactivating them. Woodward said because the pressure is evenly distributed it does not distort the product or otherwise negatively affect quality.

“One of the beautiful things about HPP is the way you always deal with a packaged product,” Williams said, explaining that because the treated product is packaged it prevents recontamination during post-HPP handling and distribution so long as the packaging remains intact. 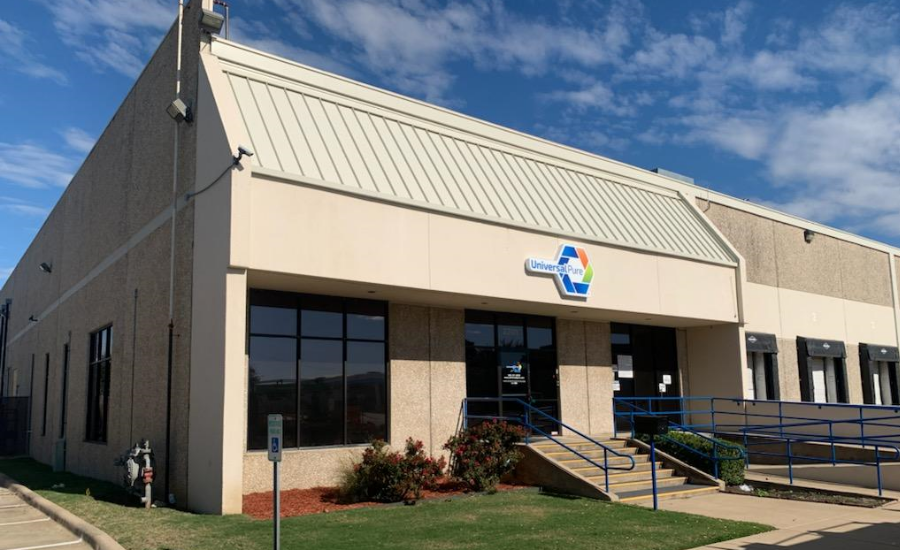 In addition to HPP’s food safety benefits, it also extends the shelf life of treated products.

For some protein applications, another plus about using HPP is that it is a non-thermal food safety intervention, Woodward said, so the potential of altered product taste, smell, appearance or color, or loss of vitamin content associated with heating food to kill pathogens is not an issue.

“They may smoke the meat and cook it and then use HPP to help extend the shelf life,” Woodward said.

The added shelf life can translate into less product shrink, reducing processor and retailer losses, as well as food waste.

“If you're getting an extra 30 days or 60 days or 90 days of shelf life on a product, it's going to reduce the scrap,” Williams said.

After implementing HPP, if the cold chain is maintained, product will have two to three times the shelf compared to untreated product, Woodward said. 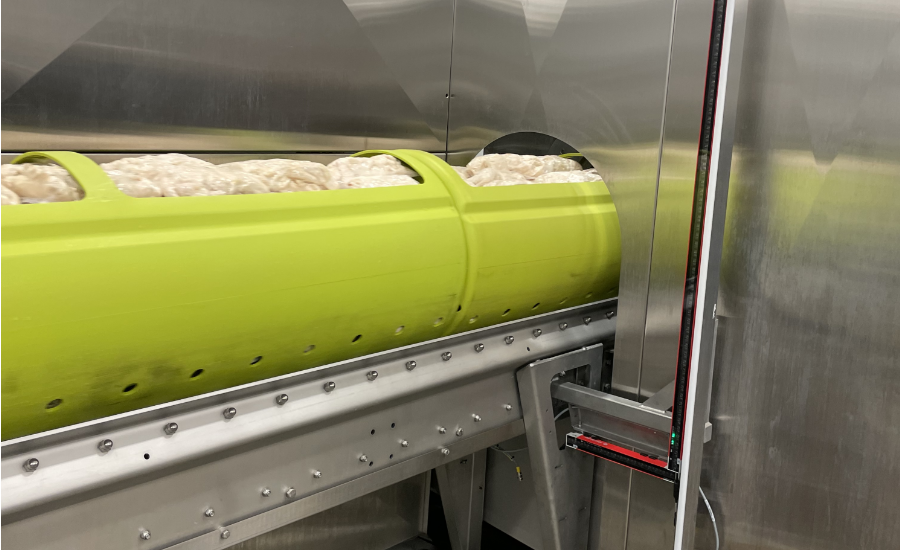 “Some companies are pulling a lot of sodium and nitrate/nitrates out of their formulas because consumers don't want that,” Universal Pure President Jeff Barnard said, but added that reducing or removing sodium — a preservative — can shorten a product’s shelf life.

The food safety and shelf-life extension associated with employing HPP means processors do not have to use as many ingredients and preservatives, such as sodium, Barnard said, allowing for a “cleaner” product with a “cleaner” label.

The effective food safety intervention, shelf-life extension and elimination of the need for preservatives that HPP offers processors is playing right into trends in consumer demand, Woodward said.

“We really believe that HPP technology aligns well with the demands of the consumers for fresh, long shelf life, short ingredient decks, and limited preservatives and colors in their products,” he said.

Arby’s and Old Spice: We have the meat sweats

Too many employees asking 'Who's the boss?'