If it’s not chicken, don’t call it ‘chicken’ 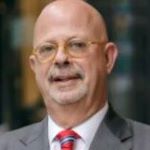 Imagine you’re shopping for vegetables and see a package labeled “chicken-based cauliflower.” You would probably do a double-take, because the concept is confusing. An oxymoron, even. The term “plant-based chicken” is no different — no more accurate and just as confusing.

This survey was conducted in light of the fact that in recent years, grocery stores have become flooded with plant-based proteins that contain absolutely zero poultry, yet bear the name “chicken” on their labels — implying the product contains authentic, real, chicken meat.

We believe consumers should enjoy a balance of chicken and plants — not one or the other. We respect the fact that consumers have more product choices than ever. All the same, plant-based alternatives should be accurately labeled in a way that clearly explains what they are and how they were made. 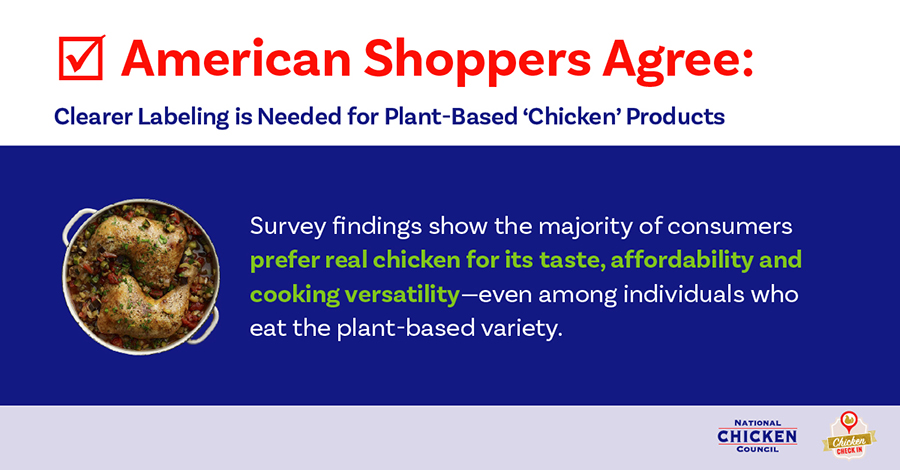 Regardless of dietary preferences, American consumers overwhelmingly agree there’s a need for clearer product labeling and separate shopping sections for plant-based products. The NCC feels confident making such claims because of the following survey results:

And that’s not all.

Deceptive labeling not only damages the poultry industry that directly and indirectly employs 1.6 million Americans — it poses nutritional consequences to millions more. This is because plant-based proteins marked as ‘chicken’ are overtly positioned to be interchangeable with real chicken meat, yet many of these products on the market lack the same nutrients and are subjected to very different types of processing, exposing consumers to unexpected allergens. That’s why the Food and Drug Administration should require plant-alternative products positioned as ‘chicken’ to be labeled ‘imitation’ as well.

So what can be done to address these concerns? These survey findings prompted NCC to submit comments to the leadership of the FDA and the U.S. Department of Agriculture’s Food Safety and Inspection Service. We’re urging these agencies to issue clear guidance defining plant-based product naming conventions and to prioritize enforcement for misleading product marketing.

France is leading the way on clear product labeling between animal-based proteins and meat alternatives. To help prevent consumer confusion, France recently announced plans to ban language such as “steak” and “sausage” on plant-based protein food, according to an official decree. The decree claims, “It will not be possible to use sector-specific terminology traditionally associated with meat and fish to designate products that do not belong to the animal world and which, in essence, are not comparable.” In Europe, terms such as ‘milk,’ ‘butter,’ and ‘cheese’ are already banned on products not of animal origin. 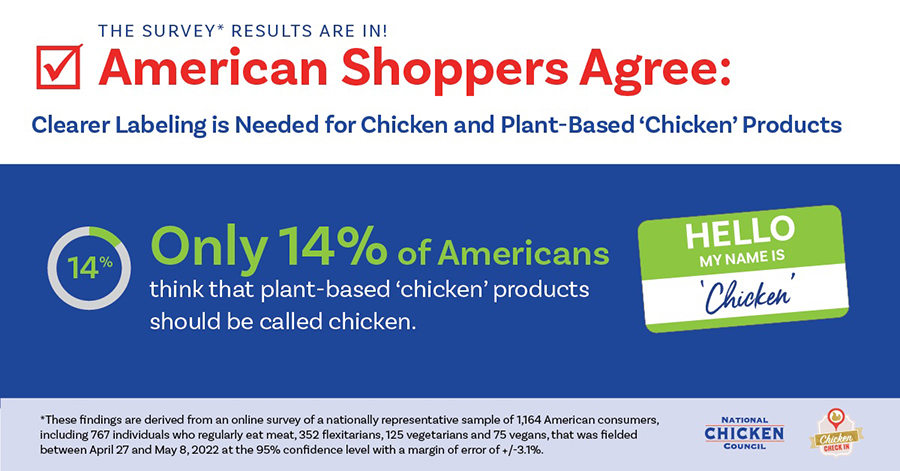 After all, let’s face it: a plant-based protein product is no more ‘chicken’ than grilled chicken breast is a piece of ‘cauliflower.’ Moreover, honest marketing is simply a longstanding advertising principle, and there’s a labeling law that a qualifier cannot contradict a claim. It is critical for the FDA to ensure this principle is respected in plant-based meat alternative labeling.

All food marketing should play by the same rules so consumers can make clear, informed purchasing decisions. When consumers pick up a package that says “chicken,” they deserve to be confident that the product contains real chicken meat. Chicken has been America’s No. 1 protein for decades because of its versatility, affordability and health benefits — and clear product labeling can help ensure consumers are not wasting their time, money or health on fake alternatives.

Mike Brown is president of the National Chicken Council.