The type of smoke a processor uses depends on many factors, including customer preference.

The application of smoke in a smokehouse can be done in a couple of different ways. Natural smoke comes from the burning of wood, either in the form of pellets, logs, or chips. The other option is the use of liquid smoke, which is concentrated vapor that is a natural byproduct of burning wood. After being purified and bottled, it can impart a smoky flavor without actually burning anything. Either method can be used to make savory sausages, hams, or other smoked products. It really comes down to what the processor decides is best for its business, though factors that could come into consideration include the company’s smokehouses, the products it makes, and customer preference.

Dayton Meat Products, a butcher shop and meat market in Malcolm, Iowa, converted its products from liquid to natural smoke several years ago. Jake Dayton, co-owner of the business along with his father Bill and brother Josh, says that it took about a year of fine-tuning to get the process down pat.

“We got to the point that we could make our product and have a good smoke, but [we had to learn] the proper sweat stage at the beginning to get the product a little tacky so the smoke would adhere a little better, and the proper drying stage so we would have a consistent color every time we did it,” he explains.

“We also learned about the weather, too!” he adds, chuckling. “The barometric pressure, if the wind’s blowing a little harder—it was a little nerve-wrecking at the time.”

During the transition, Dayton had enrolled in the Master Meat Crafter Training Program, offered by the University of Wisconsin-Madison. The program requires that participants complete regular homework assignments, attend some in-person classes at UW-Madison and complete a plant project. In this instance, Dayton decided to run trials with natural versus liquid smoke to see what Dayton Meats’ customers preferred. The MMC advisors suggested that he add a third option – a mixture of natural and liquid smoke.

“The flavor profile that the majority of customers liked was the hybrid style,” he says. “That was something I’d like to expand and experiment on more but haven’t had much time to do. Right now we’re strictly natural smoke.”

At the time of the conversion, Dayton Meats bought smoke generators that attached to its older smokehouses. It has since upgraded some of its houses to models that incorporate the natural smoke process into the machine. When the new equipment was delivered, the supplier’s service technician set it up and added some basic programs based on Dayton’s Meats’ products.

“We fine-tuned it from there. Now, we make our own programs, and if we ever have any problems, we give them a call,” Dayton says 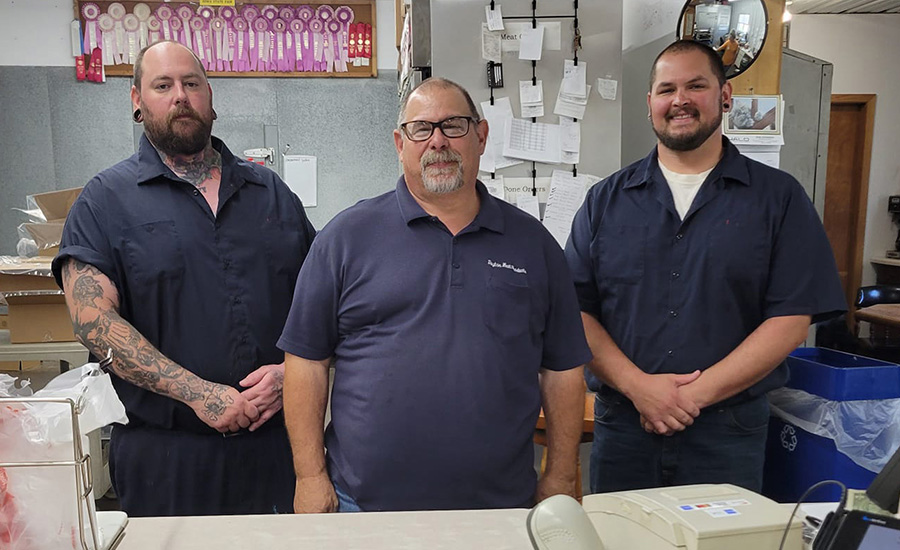