Special Report | State of the Industry 2020

The state of the beef industry 2020: awaiting opportunities

Demand drivers. Even without a worldwide pandemic, economic shutdowns and disruptions in food processing, Dan Basse would have covered demand drivers at the 15th annual Feeding Quality Forum.

The president of Chicago-based AgResource Company kicked off the online forum hosted by the Certified Angus Beef brand last month, and he had charts to back up his point: “Going back maybe to the Civil War, it’s those demand drivers that give opportunity to the market.”

Grain markets typically lead market direction. Supply is no problem, with a 2.7 percent increase in global grain yields in the last decade compared with the previous.

“There’s been $87 billion spent looking for technology for farmers to help produce more — more beef, more pork, more grain,” Basse said. “I would really like to get agriculture behind a platform that we think about not only spending on ways to help us farmers produce more, but help consumers consume more, because at the end of the day, that will be the key to terms of our profitability.”


Watch the 2020 State of the Industry Webinar
Register for free today!

This year, however, those demand drivers are even more lackluster than anyone could have predicted at the start of 2020.

More than 3 million small businesses have shut down since COVID-19 came to the U.S. and that could reach 6 million to 8 million by the end of the year.

“It’s the heart of the U.S. agricultural and economic outlook,” he said. Last year was the first time more Americans — 51 percent of them — spent most of their food dollar outside the home, “so it’s a big change to have that (foodservice) industry crippled as it is,” he said.

Restaurants are operating at about 40 percent of normal, and it could be a year or more before they’re back to 100 percent, Basse said, noting the development of a vaccine or a strong therapeutic seems to be the key to getting consumers back through the doors.

“The foodservice industry has been very important to the U.S. cattle industry. We’re still believing that it will struggle until we get to next spring,” he said. “I wish I could be more bullish in the cattle market.”

Trade is not in the domestic beef industry’s favor either, as the U.S. has imported more food than it exported the last four months. Beef industry exports are down 15.2 percent.

“To really get health in the agricultural economy, we need to start the export market kicking off a little more robustly. We need to see high-value goods leaving this country to other nations,” Basse said. “Principally beef, meats and some of the DDGs and ethanol products we now produce.”

“There is some risk in feed prices based on the late-season dryness, Chinese demand and things of that nature, but also based on the broad commodity markets, which are starting to turn around here just a little bit,” Basse said. After the Midwest derecho storm, AgResource predicted yields to slip from record highs, down to around 179 bushels/acre, which is still nearly “on trend.” 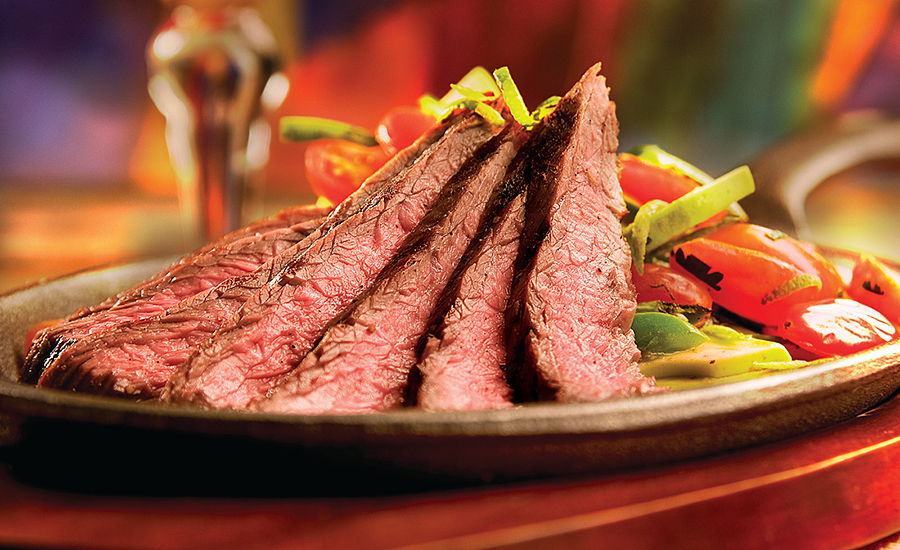 Yet, he expects the lows to come later this fall.

“Don’t get bullish and chase this market as a feed user today. Step back and allow the market to come to you in October and November,” he advised.

“Never before did I think we’d see a U.S. debt level for government at $26.8 trillion and still growing,” Basse said. “These debt levels are something that I believe will be a drag on the U.S. in the world economy for many, many years to come.”

Growth across the globe has slowed, too, but India and China are still expected to become the No. 1 and 2 largest economies, overtaking the U.S. by 2025 or 2026.

“That is something I never thought I would see in my career,” said the 41-year industry veteran.

Net farm income is down 47 percent from 2012 and has been flat for a number of years.

Basse looks each morning for signs of everything from new export demand to product innovations. “We need to see a new demand driver for you to get this all changed around,” he said. NP

Miranda Reiman is Industry Information Assistant Director at Certified Angus Beef LLC, and can be reached at MReiman@certifiedangusbeef.com or (308) 784-2294.