LOGANTON, Pa. – Building off its history of growth in Pennsylvania’s Sugar Valley, Nicholas Meat LLC is building its Sustainable Resource Facility (SRF), which will dramatically reduce water use for the company’s beef processing operations while generating renewable energy in the form of biogas.

“All the new things are his ideas,” Gene Nicholas said. “What’s going on now, that’s his dream.”

Born on a dairy farm down the road from the Nicholas Meat plant, Gene Nicholas started his first business in 1971 at age 15, buying and selling cattle. Nicholas Meat’s processing facility has been in operation since 1987, he said. After years of adding on to that original 4,200-square-foot plant, fire destroyed the facility in 2005. Nicholas Meat operated in a rented facility for three years before opting to rebuild on its original site. Construction began in 2008, and the plant reopened in September 2010, processing 80 head per day, Doug Nicholas said.

Today, Nicholas Meat’s processing operation is between 130,000 to 150,000 square feet, with around 400 workers including management. The company slaughters 800 head of cattle five days per week, selling boxed or bulk beef (almost exclusively boneless) to customers for further processing.

“We make some bone-in product, but that’s by request,” Doug Nicholas said, naming back ribs and hind shanks as two examples.

“Our primary customers are further processors that don’t have access to a harvest floor,” Gene Nicholas said. 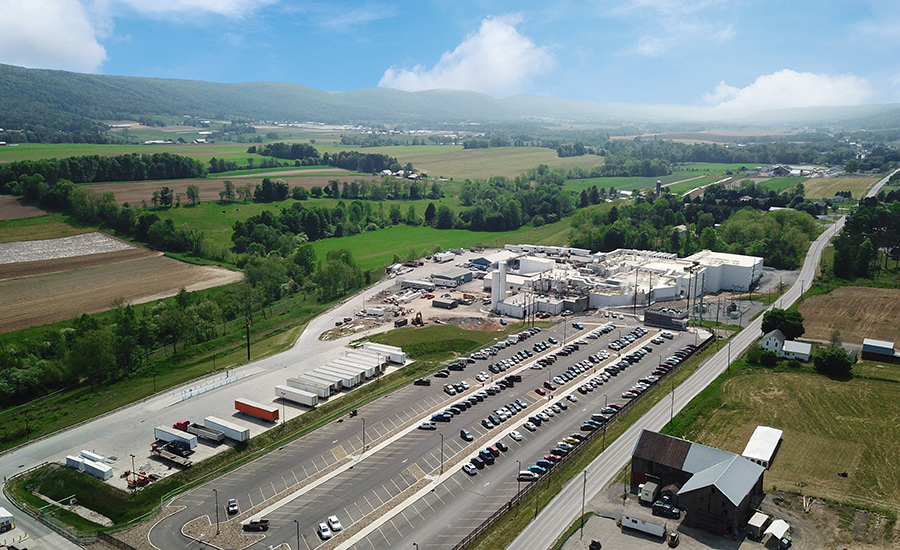 Nicholas Meat’s processing and cattle holding infrastructure is adjacent to the Sustainable Resource Facility site. A tunnel and pipelines under a road will connect the processing operation to the SRF.

Nicholas Meat’s first steps toward what would become the SRF project began in the early 2000’s, Gene Nicholas said, when the company conducted a feasibility study on incorporating a methane digester into the plant.

“It was a way to move toward renewable energy,” he said. Nicholas Meat was ready to proceed with the project, but the 2005 fire occurred and put the effort on hold. About four or five years after the rebuilt plant was up and running, the company started revisiting the idea of adding a methane digester. That effort expanded to include further sustainability considerations that would lead to plans for Nicholas Meat’s Sustainable Resource Facility.

High among the goals for the SRF was water conservation.

“We don’t have a municipal water supply. Our water comes from an underground aquifer,” Doug Nicholas said. “We have to pull from the aquifer, and we have to make sure we grow in a responsible way and ensure there is an adequate water supply.”

To address that, the SRF will include a wastewater treatment facility to remove contaminants from the water, enabling its reuse, Director of Sustainability Brian Miller said. The company has set a goal of reusing 90% of water  the plant uses

“We’re probably one of the lowest – if not the lowest – that I know of in the beef industry when comes to water usage per animal processed,” Keller said. 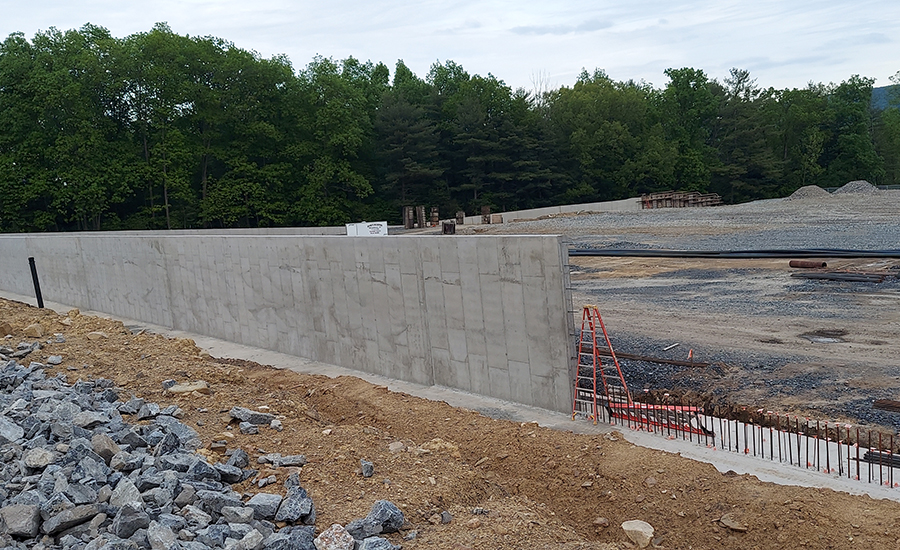 Once completed and in operation, Nicholas Meat’s Sustainable Resource Facility will enable reuse of more than 90% of the water used in its beef processing operations.

Built on the side of a hill across a two-lane road from Nicholas Meat’s processing plant, the SRF will connect to the plant via a pipeline running beneath the road. Using the pipeline to transfer waste and treated water to and from the plant will require fewer trucks, resulting in less traffic, less fuel consumed, and fewer carbon emissions. The SRF will house a reception building and a pair of large anaerobic digesters, Miller said. The digesters use bacteria that convert organic matter into biogas, a mixture of primarily methane, carbon dioxide, and hydrogen sulphide. The anaerobic digestion process contains odorous emissions and substantially reduces greenhouse gases. The process captures biogas, which is cleaned and has the moisture removed from it. While natural gas pipelines do not currently serve the area, biogas from the SRF could be refined into methane to feed into a pipeline. With minimal processing, biogas is suitable for use as a heating source for boilers, Miller said. Producing biogas on-site also will reduce Nicholas Meat’s dependence on fossil fuels (the company currently trucks in propane).

Water will undergo filtration in a membrane bioreactor and the effluent from this process will be well below thresholds for discharge limits (although Nicholas Meats does not have a water discharge permit). "It will actually be cleaner than rainwater", Doug Nicholas said.. "Water from the membrane bioreactor will be processed further in an advanced reverse osmosis system that will produce potable grade water and used for direct product contact within the meat processing plant,” Miller said.

The process also creates digestate, which is a kind of slurry waste byproduct, Miller said. The SRF will remove water from the digestate to be filtered through its wastewater treatment process, while the remaining solid material can be applied as a nutrient-rich, odor-free agricultural soil amendment.

The SRF has a planned launch date of December 2024, Miller said. Due to pandemic-related labor and supply chain challenges, costs for the project are up more 70%, and the project’s final price tag is expected to be double initial estimates.

Nicholas Meat is working with the Belgium-based facility design firm of Global Water & Energy and the construction firm Quandel Construction Group Inc. out of Harrisburg, Pa., on the SRF, Doug Nicholas said.

Nicholas Meat’s SRF project coincides with improvements to the company’s cattle holding area, which started in the spring. Their current overnight pen density is 160, and their production pen density is 180.