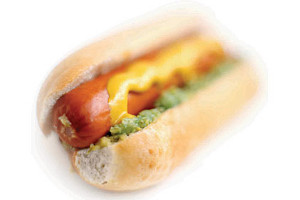 A somewhat unusual aspect to "cured" natural and organic processed meats is that nitrate and nitrite cannot be added as ingredients, because "preservatives" are not permitted in natural and organic foods. This has resulted in alternative meat-curing processes that utilize natural sources of nitrate, typically celery juice concentrate or powder.

Because the alternative curing process typically results in less ingoing nitrite in these products, and the exclusion of other preservatives from natural and organic processed meats, there has been concern that these products could result in increased pathogen and spoilage bacterial growth.

All commercial products were obtained from retail stores and analyzed for pH, water activity, residual nitrite, residual nitrate, salt content, percent cured pigment, color intensity and proximate (moisture, fat, protein) composition. Because each of the specific products evaluated was also tested for potential bacterial growth by inoculation with Clostridium perfringens (at 20øC) and Listeria monocytogenes (at 10øC), correlation coefficients were calculated for the measured physical and chemical properties and pathogen growth.

For hams, there were fewer correlations with C. perfringens growth than for frankfurters but, in this case, reduced residual nitrite and residual nitrate were significantly correlated to C. perfringens growth as well as increased water activity, reduced salt content and reduced percent cured pigment. For bacon, the results included positive correlations for increased water activity and decreased salt content.

For L. monocytogenes, water activity and protein content was found to be a significant factor, but other properties were not significantly correlated with pathogen growth.

The results of this survey suggest that leaner composition, greater available water, reduced salt content and lesser curing reactions as observed for naturally cured products may contribute to the observed greater potential for pathogen growth in these products, particularly frankfurters. Consequently, additional antimicrobial measures for naturally cured processed meats should be pursued to maintain safety of these products.

For more information about AMSA and its programs: